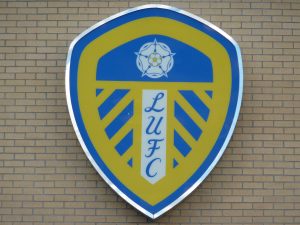 Leeds perform Live on BT Sport 2 on Sunday the 29th of January. The television cameras and the plastic, 3G pitch at Gander Green Lane will pile the pressure on the away side as the eager eyes of a nation judge the 3rd place championship side to see if they warrant a place in England top tier next season.

National League side Sutton United hope to spoil Leeds United’s form and manager Paul Doswell believes his side can improve on their previous reply win over AFC Wimbledon.

Garry Monks missing key full-back Charlie Taylor who unfortunately remains out due to a problem with his Achilles. Hadi Sacko may feature as he slowly returns from injury. Kyle Bartley, 20-goal Chris Wood and Liam Bridcutt are some key players who may well be rested by the Leeds boss.

When speaking to local football coach and lifelong seeds supporter outside Elland Road, Sam Hayes believes that “Leeds (United) have the fans, they have the players, and the depth that’s needed to succeeded in the Premier League.”

When asked about the Sutton fixture he commented, “We have the depth to rest some of our bigger players but I think the fans want a win and a decent cup run. We have to be cautious heading into to tie, look at Liverpool today against Wolves, you can’t underestimate anyone in the cup.”