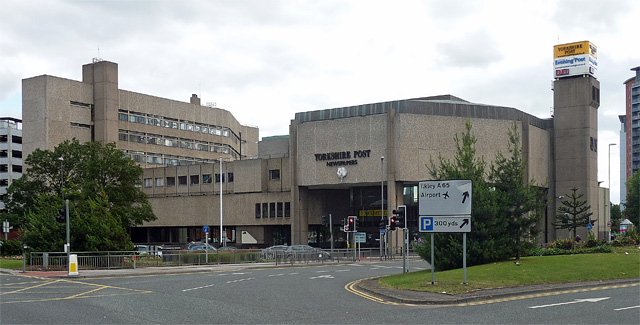 The sale of one of Leeds’ best known landmarks has been finalised.

The disused building known as “The Bunker” – home to the Yorkshire Post and The Yorkshire Evening Post for 40 years – will be demolished in the summer.

The Wellington Street site, which was opened by Prince Charles in 1970, has been sold to an unnamed Yorkshire-based private investor for an undisclosed sum.

Prince Charles opened the building in 1970.

Designed by the John Madin Group, the five-storey building won a Bronze award at the RIBA Yorkshire Regional awards in 1971 and has stood as the western gateway into Leeds city centre since it was opened.

The building follows the tradition of several other post-war buildings that used inexpensive materials, such as concrete.

However, the fate of the building was sealed when a notice of demolition was submitted in September 5.

Possible plans for the site include a hotel, a conference centre, offices and residential and leisure facilities.