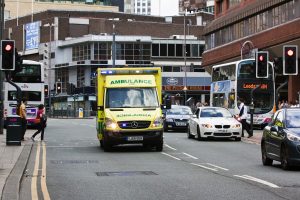 The public have been urged to use 999 wisely during ambulance workers’ strike action tomorrow.

Members of the Unite union who work at the Yorkshire Ambulance Trust will strike for five hours tomorrow in a row over long shifts and working hours.

The strike will take place between 3pm and 8pm and preceeds three more days of industrial action – on March 24, 29 and 31.

The strike will involve 375 of the Trust’s 4,600 employees who are Unite members.

In a statement, Yorkshire Ambulance Trust said: “Once again this will take place without any concessions for the most seriously ill and injured patients and we remain concerned over this type of action. We will continue to make every effort to get to patients as quickly as possible, whilst maintaining high standards of patient care.

“We would appreciate the co-operation of the general public and would, once again, like to remind people to use our services wisely.  Please only call 999 for an ambulance when someone has a life-threatening or serious illness or injury.”

The union also carried out a number of strikes throughout February.

The dispute is over the introduction of shift patterns that could mean staff working 10 hours without a meal break.

Unite said it is only a matter of time before someone is seriously injured or killed as a result of staff exhaustion.

Unite regional officer Terry Cunliffe said: “Our members have shown amazing solidarity over the last year despite the hard line that an obstinate and blinkered management has continued to take. Our members don’t take strike action lightly – it has been a last resort – but they feel there are important issues at stake here involving patient and staff safety.”