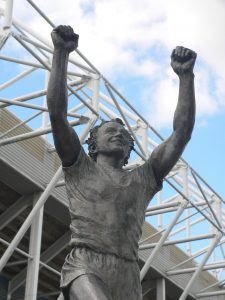 The club issued a statement saying: “The club and its shareholders are disappointed at the decision of the Football League not to approve Massimo Cellino as a director of Leeds United FC.

“However, the board and executive management of the club, will continue discussions with the Football League and Eleonora Sport to find a solution that is suitable to all parties.”

Cellino was ruled to be unfit by the Football League yesterday, following his conviction for tax evasion in Sardinia, on the grounds that he has committed “acts that would reasonably be considered to be dishonest.”

Leeds now have two options if the appeal fails: continue their sale of a 75 per cent majority stake to Eleonora Sports Limited without Cellino, or sell the club to an entirely different buyer – likely to be rival consortium Together Leeds, headed up by ex Manchester United managing director Mike Farnan. It also includes Welcome To Yorkshire chief executive Gary Verity and ex-Hull City chairman Adam Pearson.

The consortium is hoping to meet with the club towards the end of the week to attempt to negotiate a buyout of their own but Leeds’ current owners, Gulf Finance House, have been unwilling to engage with Together Leeds since its emergence in January.

Leeds United Supporters’ Trust has expressed serious concerns over the current unstable situation at the club, with a statement on its website saying: “Our members, and the wider fan base, are understandably concerned about the course the club will now take.

“When GFH bought the club the fans were promised long-term stability, but little more than a year later Leeds United is again at the center of a long-running takeover process that is overshadowing every part of the club.”

Leeds United manager Brian McDermott is hoping that matters in the boardroom won’t overflow onto the pitch during tonight’s away fixture. Leeds are set to face Bournemouth at the Goldsand’s Stadium and they will be desperate to repeat their 2-1 victory at Elland Rd back in October.

In a press conference yesterday, McDermott said:  “It’s not about how I feel. The only thing that matters for me is Leeds United and where we go from here.

“In the short term, we are going to go to Bournemouth and try and win there.”

#lufc Cellino on failing O & D test tells @bbcsport :"At this moment I don’t have any energy to react…I feel very weak and exhausted (Cont).

#lufc Cellino "I cannot blame anyone, I just blame myself- the only thing that hurts me is that I know I am not a dishonest person…"(cont)

#lufc Cellino "…to be treated like a criminal is very bad, I know that I am not like that…”

#lufc Cellino "I can't blame the League, the only thing that I can blame the league is that they've taking too much time to give an answer."

Cellino's message to #lufc fans :" It was a beautiful dream and I think we have to find the energy to show that I am not a dishonest man…"