Leeds theatre company fights back after having funding stopped 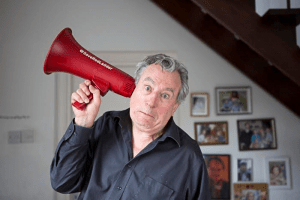 A Leeds theatre company has raised more than £25,000 in one year after having its primary source of funding stopped.

Save Red Ladder was set up as an independent campaign after Red Ladder, the UK’s leading radical theatre company, had all of its funding from the Arts Council stopped on 1 July 2014.

Since then the campaign has raised £26,313, but another £53,687 is still needed to be found in order for the campaigners to reach their target of £80,000 which will cover the entire production budget for a full UK tour.

Rod Dixon, Artistic Director of Red Ladder said: “The last 12 months have been some of my hardest as Artistic Director, but the Save Red Ladder campaign has really given us strength in the fact that we are needed and we are wanted, not just in Leeds, but all over the UK – in the places that we tour to and with the audiences we engage with digitally all over the world. We have an exciting 2016 ahead, and we’re confident that we will find a way to deliver the work we need to deliver. We’re also delighted to be working in partnership with a network of non-theatre venues including The Black Swan, whose support we couldn’t do this without”

In a bid to raise more money the theatre company will be hosting its first live event at Black Swan on Call Lane, on 23 July from 6:30pm.

The fundraiser will include a performance of Red Ladder’s current one-man show, Rabbitskin, featuring actor William Fox, live acoustic set and DJ-ing from Leeds-based musician Fuzzy Jones and a three-course meal including ice-cream from Northern Bloc.

Tickets are £20 with £5 going directly to Save Red Ladder. To book a ticket visit: http://blackswanleeds.co.uk/ events/item/save-red-ladder- fundraiser