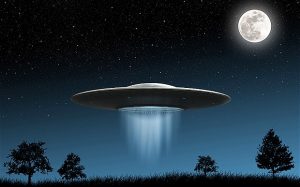 A former West Yorkshire detective has backed Stephen Hawking’s £100m project to prove we are not alone.

Breakthrough Listen, funded by tycoon Yuri Milner, will allow telescopes to eavesdrop on planets that orbit the million stars closest to Earth and 100 nearest galaxies.

Gary Heseltine aged 55, from Scunthorpe launched PRUFOS – Police Reporting UFO sightings- in 2002 to cover on and off duty police sightings, after having a close encounter himself

He told Yorkshire Voice today : “The irony is since the modern era of uphology which began in the 1940’s, there has never been a major study with that kind of money involved.

“But the money would be better placed in identify what are the top 3 percent of cases that defy explanations after investigation.”

The former detective had a UFO encounter when he was 16. He saw a strange object gliding in the sky,  sowing the seeds in an ever widening ripple effect that pull him into the field of ufology.

He highlighted that several senior military figures have spoken positively of the existence of ET and UFOs: “Many people find it very difficult to have an open mind to think that there are UFOs but significantly worldwide opinion polls show that 70 to 80 percent of people believe UFOs are real and governments have much of the information.”