Dear Santa, you are cleared to land on the M621 this Christmas… 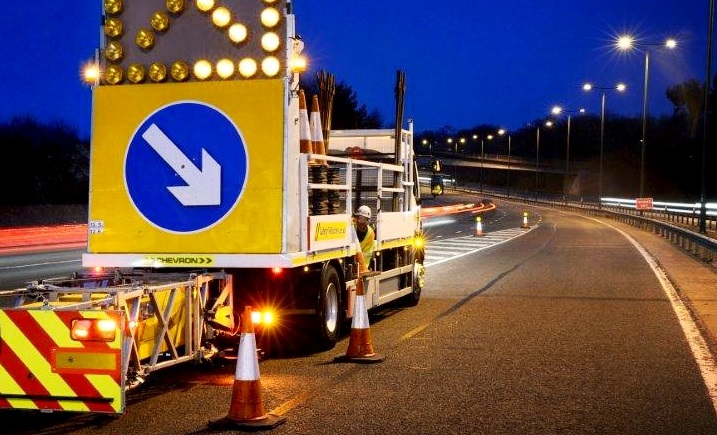 Hundreds of miles of motorway roadworks will be suspended or completed in time for Christmas.

That’s after Highways England announced that they will complete or lift 448 miles of roadworks for the busy festive period.

This will leave 98% of 9,534-mile motorway network free of roadworks for the busiest travelling period of the year, which will hopefully help people get away this festive period with as little disruption as possible.

Roadworks will be suspended on December 23rd and will resume again on January 3rd.

In Yorkshire and the North East, 16 sets of roadworks have already been completed.

On the M621 motorway, there are three areas of roadworks that will be suspended.

At Junction 1 near Beeston, 6.2 miles of re-surfacing, 1.3 of resurfacing between junctions 1 and 3 near Leeds city centre and a mile of resurfacing at Junction 27 near Gildersome have already been completed.

Highways England operations director Nick Harris said: “This Christmas bank holiday, we’re helping drivers with their journeys by clearing roadworks on most of our motorways and major A-roads.

“Our traffic officers will also be on patrol working to clear any incidents; the vast majority of which will be dealt with in under an hour.

He added: “We’re asking people to be prepared before setting off. Make sure you have everything you need for your journey should there be any delays, check before and during your journey and also make sure you’re aware of the signs and signals on motorways.”

Highways England also said that by suspending or completing roadworks, more lanes will be open and many speed restrictions will be lifted.