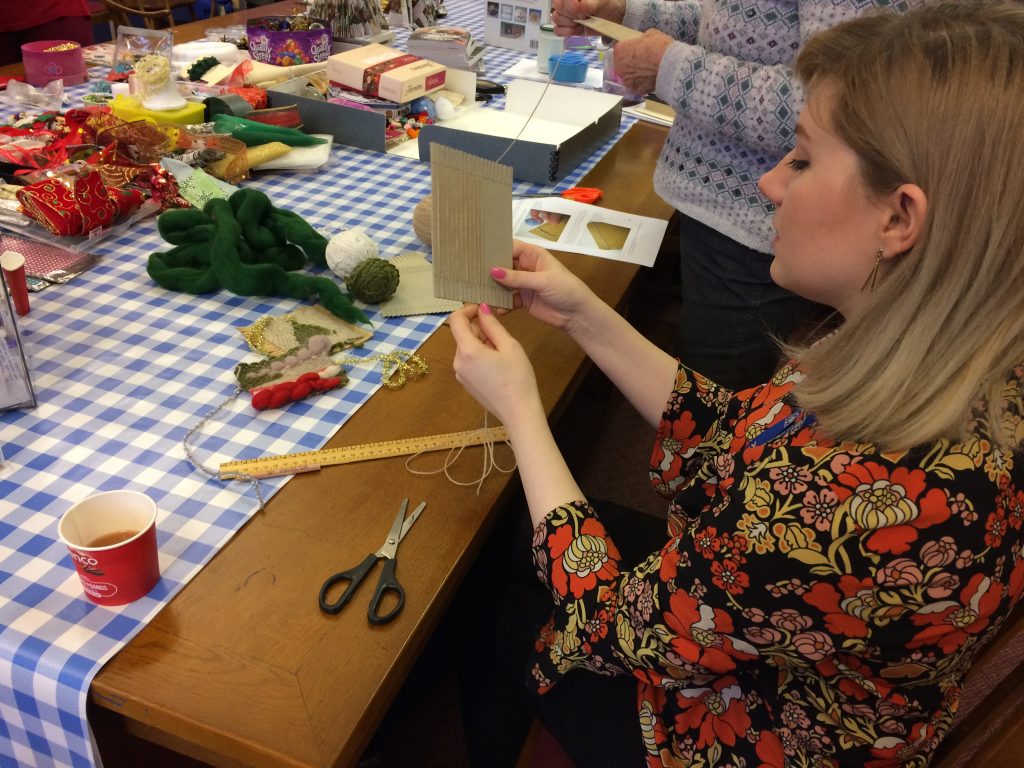 Leeds Art Library continued to contribute to the city’s heritage of textiles through its craft fundraising for Mind.

The library held a two hour ‘Crafternoon’ event on Tuesday – a fundraising initiative set up by the mental health charity.

Mind have been providing free packs of craft materials to those who request them via their website, with the intention of gaining donations from people taking part and attending these events.

Emma Hayton, librarian at Leeds Art Library, was drawn to the initiative initially through social media, which she then discussed with the monthly crafts group.

She said: “We do a lot of work generally with the community, basing our activities around arts and crafting.

“It’s really about coming together in a peer-led way. Things like this help combat isolation and loneliness, particularly in the elderly who may be dealing with bereavements and feeling down at this time of year.” 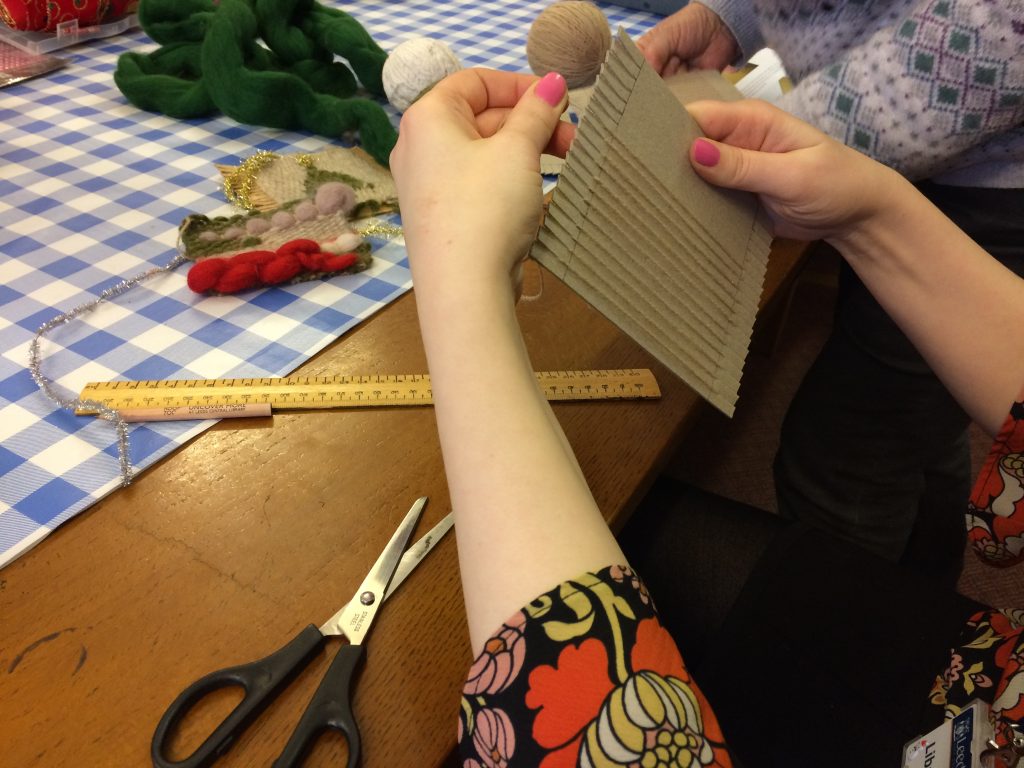 The crafters who attended were making pop up Christmas cards, upcycled coasters and Christmas tree models – with a large bulk of the donated materials coming from regulars as well as those provided by the Crafternoon pack.

Kristine Steele, a regular library-goer and experienced crafter said: “I think it’s important to support mental health charities like Mind all the time, not just around Christmas.

“You always hear stories in the media about mental health funding not being that good, or about people trying to manage life with their mental health problems and I don’t know if they’re getting enough help.”

The basis for the initiative was inspired by Mind’s fundraisers who were seen getting involved with crafty activities in the run up to Christmas.

Maria Healy, fundraising officer for Mind, said: “Because crafting is known to be good for wellbeing, the recent trend in crafting, and because it was something our fundraisers seemed to like, we had the idea to make it an official Mind mass participation event.”

The charity have had 11,000 pack requests so far, and are treating any donations as unrestricted income – designating them to areas and projects which need them most.

previousDear Santa, you are cleared to land on the M621 this Christmas…
nextExhibition marks devastating floods of Christmas 2015 – UPDATED VIDEO