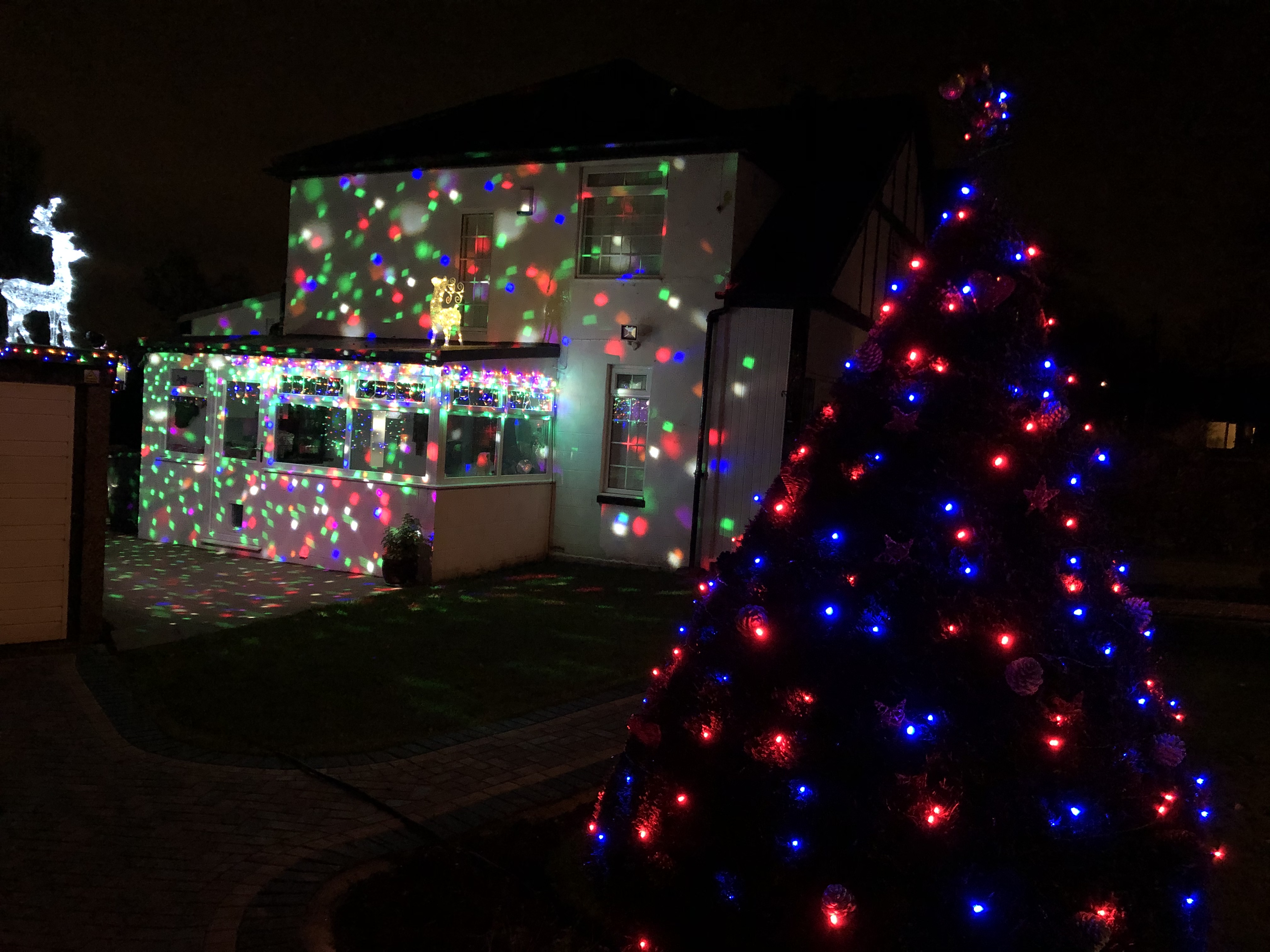 The Drive, Alwoodley in north Leeds

A resident of Alwoodley in north Leeds has switched his Christmas lights on for charity for the ninth year in a row.

Jeff Norman, 62, said: “Initially it started when my daughter was growing up and we used to put the lights outside for a bit of fun and it sort of escalated from there.”

Jeff is collecting for St Gemma’s Hospice, based in Moortown, which provides care for cancer sufferers.

His largest donation was £200 from a TV production company working in the area.