Why history weighs so heavily on Leeds United and Nottingham Forest 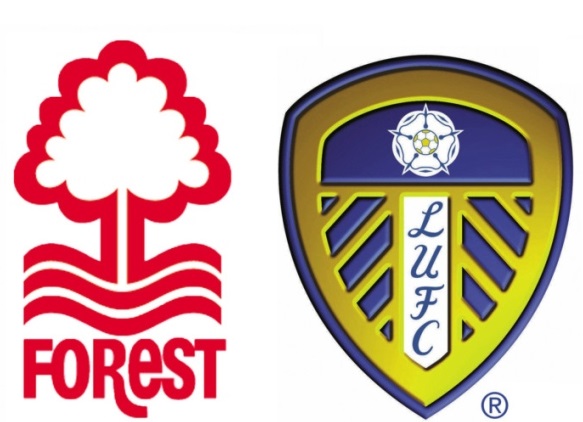 The very notion of Leeds United playing Nottingham Forest in a midweek Championship game would have seemed out of the question two decades ago. Now the two fanbases linger in this division, with older fans reminiscing about halcyon times.

Looking back, the story of the 1994/95 Premier League season was of course Blackburn Rovers winning the Premier League, but with four Uefa Cup places to be distributed amongst five teams, mini-rivalries broke out. Newly-promoted Forest were supported by a spine of Englishmen, including club talisman Stuart Pearce, but also a 23 year-old striker by the name of Stan Collymore. The Englishman was two years removed from his big move to Liverpool, where he would earn most of his plaudits, but the striker formed a formidable partnership with Dutch striker Bryan Roy.

With these two leading the frontline, Frank Clark’s side played fearless, and at times, carefree football, as illustrated by their win at Old Trafford that season.

Leeds’ story leading up to the 94/95 season was almost the polar opposite. After winning the old First Division in 1992, Leeds escaped relegation the season after by just two points. By 93/94, normal service was resumed, with Leeds finishing 5th.

Despite ultimately finishing within close proximity of each other in the league table, it could be argued their styles could not have differed more. Whilst Forest were fearless, Leeds opted for a more pragmatic approach.

The difference in styles was illustrated by the respective matches between the two. When Collymore and co. visited Elland Road in late November that season, a goal from forward Noel Whelan just past the hour mark would win the game for Leeds. The home side’s all-British, no nonsense backline was easily able to see the game out.

However, the reverse fixture would illustrate the true nature of Forest’s style.

The game was essentially over at half-time. On Match of The Day, it was dubbed ‘The Bryan Roy show’. The Dutchman gave Leeds little time to settle, scoring within 10 minutes, before adding a second well into the second half. To round it all off, Collymore continued to catch the eye of England’s elite with blistering run and finish before half-time to make it 3-0.

Forest would also have the last laugh that season, finishing two places and four points ahead of Leeds in fifth.

The fates of these two clubs post-1995 seems almost scarily tied. Forest yo-yo’d between the Premier League and Division 1, before relegation in 1999 and even a three season stint in League One from 2005-2008.

Leeds did hold their heads high, engaging in title races and Champions’ League matches, before financial suffocation got the better of them, with relegation in 2004. Leeds also had a three season spell in League One, from 2007-2010.

Both clubs have suffered at the hands of questionable ownership and poor financial decisions. However, with Leeds currently in the play-off places, it’s at least a step in the right direction to having these two historic clubs back where they belong.