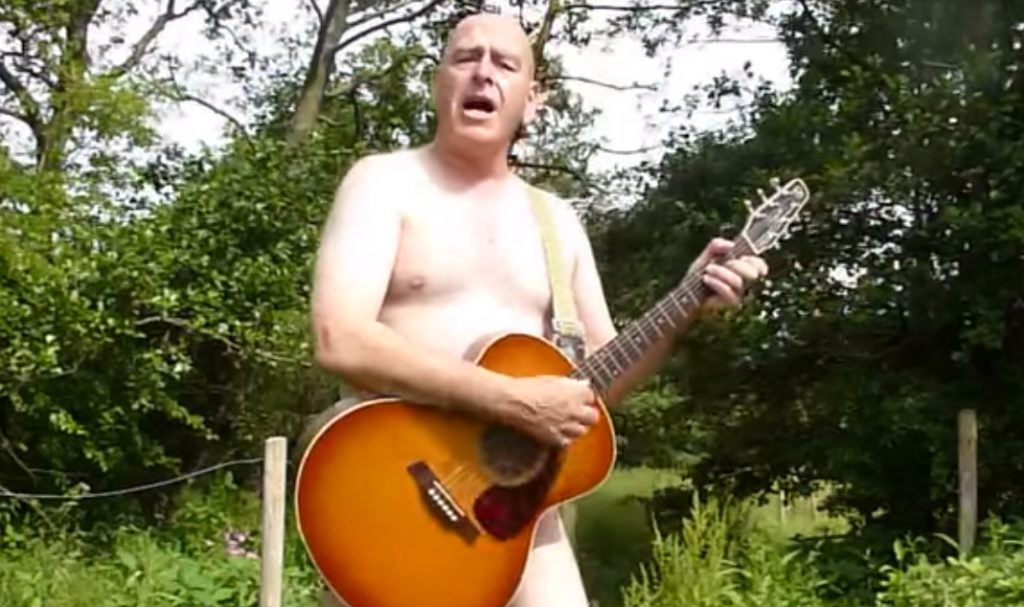 A “cheeky” Youtube video has been released by Cookridge residents in their latest protest against the housing development which is planned for Mosley “Soggy” Bottom.

Dr Mike Lowry, Chairman of the Cookridge Residents’ Action Group, created the video in the hope it would bring attention to their cause.

The broadcast features Dr Lowry singing in the nude with a strategically placed guitar, in what he says he hopes is a “tasteful and clear message in support of conserving green spaces and promoting the voice of communities.”

He said the main message of the video was the lack of transparency in the council’s dealings with residents who raised planning concerns, hence filming in the buff.

CRAG have fought a long battle against Taylor Wimpey’s plans to build 135 homes on nearby flood-prone land, which were given outlying permission by Leeds City Council in December despite nearly 700 objections.

A report by Chief Planning Officer Mathias Franklin said: “Taylor Wimpey are considered on balance to have overcome the reasons for refusal set out in the previous application.”

The battle is part of a larger dispute in which Leeds residents and Stuart Andrew MP have raised serious concerns about the council’s target to build 70,000 new houses in the area, many of which may be on greenfield sites.

Click here to read more about the Soggy Bottom saga.

You can see CRAG’s video below: