From a lucky escape from relegation in the National League North to being an underdog favourite to gain promotion to the Football League, the tide has turned for the small town in Yorkshire.

Nearly a decade after Harrogate Town saw the introduction of a father and son combination as owner and manager, the club now see themselves challenging at the top of the National League.

With the backing of his Father, Simon Weaver has guided Harrogate from the Conference North up to the top three in the National League, with an ever-growing chance of reaching the Football League. 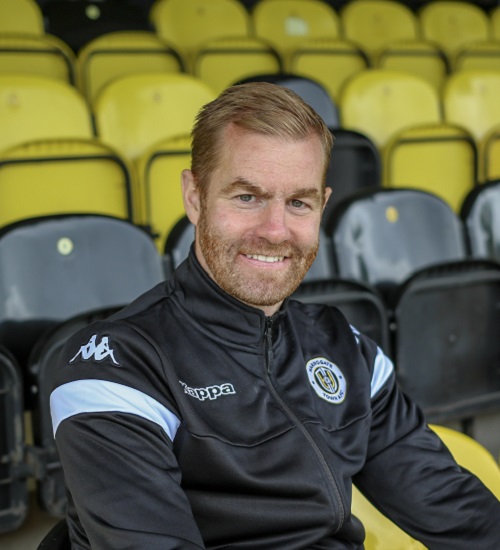 Simon Weaver’s side will be visiting The Kuflink Stadium for the first time and will be hoping that his side can take home the three points and continue their current success.

Harrogate go in to this fixture winning four of their last six games, scoring 12 goals in the process. However, Town’s top goal-scorer Jake Muldoon has failed to score in the past three fixtures, seeing his goal drought continue.

Goals from Thomson, Williams, Emmet and an own goal from Boreham Wood Centre Back, Ilesanmi, saw Harrogate pick up all three points and rediscover their attacking threat that they have missed at late.

Even after that impressive result, Weaver believes there is still areas where his side need to improve.

He said: “There are areas where we could still look to improve and we have tried to work on these areas in training and look for that more complete performance.”

When asked about facing Ebbsfleet, Weaver added: “We have to make sure we are rigid defensively and another thing we need to improve upon last week is when we are attacking set pieces, we need to get back quicker.”

Jordan Thewlis and Ryan Fallowfield, have both been back training with the squad this week after lengthy spells out as Harrogate look to have full fit side in the weeks to come.