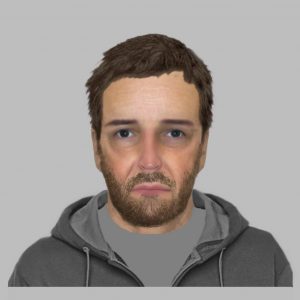 An e-fit has been released in connection with a burglary in Horsforth.

POLICE WANT to speak to a man about a burglary in Horsforth on Monday, 20th November.

Detectives have released an e-fit of the man is described as white, aged in his early 40s, of slim build, 5ft 8ins tall, with short brown cropped hair and a short brown beard. He was wearing a dark hooded top and dark jeans or cargo pants and was carrying a bottle of Tropicana juice.

The burglary happened at a house on New Road Side between 7pm and 7.20pm. A man was seen leaving the property on foot.

If anyone knows the man described in the e-fit, or has any other information which might help with the investigation, please call the Leeds District Crime Team on 101.