The West Yorkshire Police Federation has called for their officers to be allowed to take their children out of school without paying hefty fines.

A crackdown on children being taken out of school during term term currently means headmasters can only grant absences in “exceptional circumstances”. 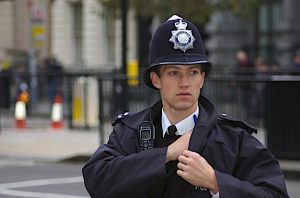 Penalty notices of upto £100 can be issued to parents if they ignore the rules. Alternatively prosecution can lead to community sentences, being sent to prison or fines of upto £2,500.

Officers say they need the extra leyway due to the difficulty of taking leave at Christmas and the summer due to operational reasons.

Ned Liddemore, Vice Chairman of the West Yorkshire Police Federation, said: “Officers in extreme or exceptional circumstances shouldn’t be fined for taking their children out of school. If they are ordered to work and their leave is cancelled they are forced to work.”

Members of the public we spoke to were split on the proposal. What do you think? Let us know at @YorkshireV. The best views will be featured in our bulletin at 4:45pm.

Here are the best online so far

Police plea for school term holidays. But if the police can do this so should everyone else . #daftlaw http://t.co/tr5v0gyDu4

@bbc5live everybody should be treated the same, they roughly know when the school holidays are so they book in advance — Kirsty Gleeson (@klgexafs) July 9, 2014

@bbc5live everyone should be treated the same