Murder of a Bradford man under investigation

The murder of a man from Bradford is under investigation by police.

Two men aged 25 and 36 have been arrested on suspicion of murder and both remain in custody while enquiries continue. 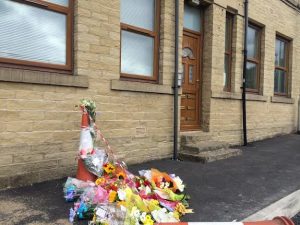 A photo taken from outside the home of the victim

Police are appealing to anyone who saw any suspicious activity in the area at the time to contact the Homicide and Major Enquiry Team on 101 or Crimestoppers anonymously on 0800 555111.