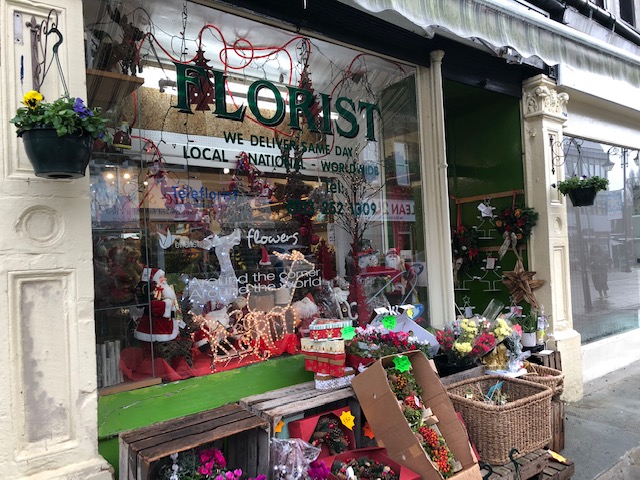 A Morley florist is still blooming after 42 years of business after winning the local best dressed Christmas window competition for the third time.

“I was absolutely chuffed and surprised when I’ve found out. I love to dress my window and see the reaction from my customers and passers-by.

“I think it’s a real achievement that people take time to notice my window, they stop to take pictures and most of times end up buying something from my shop too.”

The organisers, who had major success of their own in September by winning a gold award for Morley in Yorkshire in Bloom, said in a statement:

“Judging the windows contest has been so hard this year- there are so many wonderful ones which deserve a prize.”

Second prize went to The Salvation Army and equal third contestants were Martins jewellers, chiropodist Crispin Body and Soul and bakery Board to Tiers.