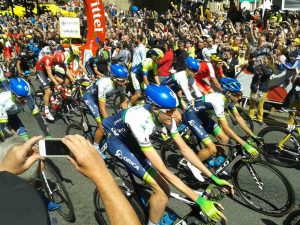 By David Mackie
A YEAR to the day since the Grand Départ swept through the city, the story of cycling in Leeds will be explored as part of a new online exhibition run by Leeds Museums and Galleries.
In particular, the history of the legendary Leeds Kirkgate Cycling Club will be presented through a series of digital stories.

During the 1950s heyday of the club, thousands of spectators would gather to cheer on cyclists during their weekly Track League meetings at Roundhay Park and the club boasted a roster of more than 100 members.

The focus of the ‘digistories’ exhibition are the many friendships forged during this golden age.

Among those telling their stories are John Smith and William Horn, who both joined the club back in the early 1950s.

John said: “I joined the club as a 14 year-old and it was my life for many years and it was probably one of the best things I ever did. We’re still friends and we still get together on many occasions.”

William, one of a number who met his future spouse through the club, added: “I joined just after John and we’re all still friends – and I did ok out of Kirkgate too because I got a wife out of it!” 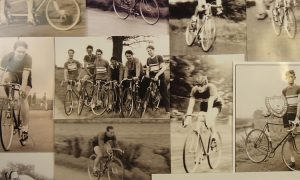 Formed in 1911 as the Leeds Kirkgate Market Traders Cycling and Athletics Club, the club celebrated its 100th anniversary in 2011.

The exhibition launches today, almost a year since an estimated 230,000 spectators packed into Leeds City Centre to watch the Grand Départ.

Councillor Judith Blake, leader of Leeds City Council, said: “It’s hard to believe a year has already passed since the Grand Départ, with the incredible scenes we witnessed and the pride we experienced as a city still so fresh in the memory.

“This exhibition will allow us to celebrate an important part of the city’s sporting heritage.”

The ‘digistories’ can be viewed on the Leeds Museums and Galleries’ YouTube channel. Visit https://www.youtube.com/channel/UCRMnKI6shDUAKxnSB-ep_bw