Official statistics show Leeds to have had the largest increase in expenditure for adult social care across Yorkshire and the Humber.

The figures were released in the latest report by the Ministry of Housing, Communities and Local Government covering last year.

Out of all recorded areas in the Yorkshire and the Humber region Leeds had the largest increase in expenditure per head of population.

The city had a 19.13% increase in spending for those in adult social care compared to a 5.79% increase nationally. 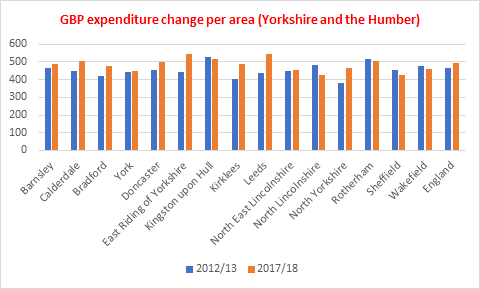 Despite this increase a report by The Kings Fund in 2019 shows that expenditure nationally is still £700 million down compared to 2010/11.

Demand for these services in Leeds are continuing to increase as the population ages.

According to data provided by Leeds City Council, it is expected that the number of people between the ages of 85 and 89 is set to increase by 2.9 per cent over the next year.

Leeds City Council did not offer a comment as to whether this  increase in expenditure for adult social care in Leeds is doing enough to meet the demand in the city. 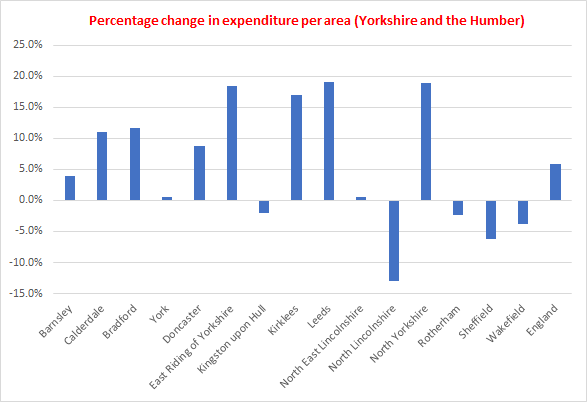 The council has laid out its plans to meet such demands on its website stating that they are proposing a 2.99% increase in Council Tax to help support front line services provided by the council.

Additionally, the Council has committed to an additional 1% precept in order to help counteract the rising pressures on adult social care services in Leeds.

previousGuide Dogs for the Blind lead Purple Tuesday efforts at Victoria shopping centre
next“I travel the world to give a voice to the voiceless” – Sahar Zand, the refugee turned documentary-maker