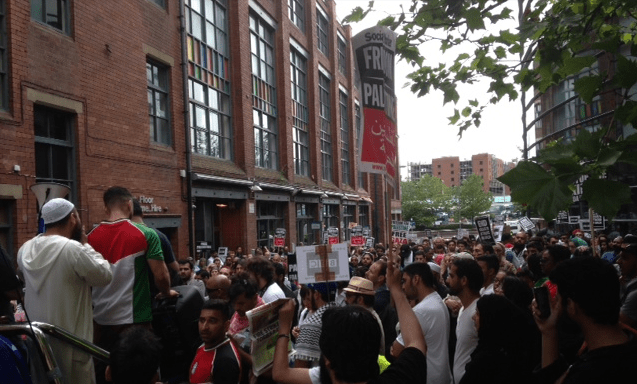 More than 300 people marched through Leeds city centre yesterday accusing the BBC of failing to broadcast in-depth coverage of the Palestinian crisis.

Protesters gathered outside the BBC Leeds building in St Peter’s Square as part of a national demonstration.

It follows the recent Israeli military offensive in Gaza, which has left over 500 Palestinians and 20 Israelis dead. 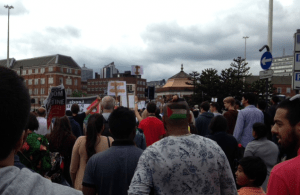 Green Party candidate Joe Salmon, 29, from Headingley said he was concerned that the BBC is not presenting a full account of the situation within Gaza.

He said: “The BBC is presenting a very black and white picture of what is happening in Gaza, there is much more going on that they are not sharing with the public.

“I want a greater depth of coverage and I want them to stop dividing us into camps. This is not a pro-Palestinian protest, it’s a pro-peace protest.”

Members of the Jewish orthodox Neturei Karta movement joined pro-Palestinian protesters and claimed that Israel’s offensive in the region was not supported by their movement.

Shimon Alshuler, 20, who lived in the Israeli city of Beit Shemesh for four years before returning to the UK, said the public statements by Israel’s politicians, were intended to garner support from western countries.

“Palestinians and Jews lived together for hundreds of years, so we know it is possible for it to happen again.”

The march circled Leeds forcing delays along the Headrow and other major streets leading into the city centre for several hours.

Another protest is planned for Thursday, July 24.