How to do Vegas on a Yorkshireman’s budget 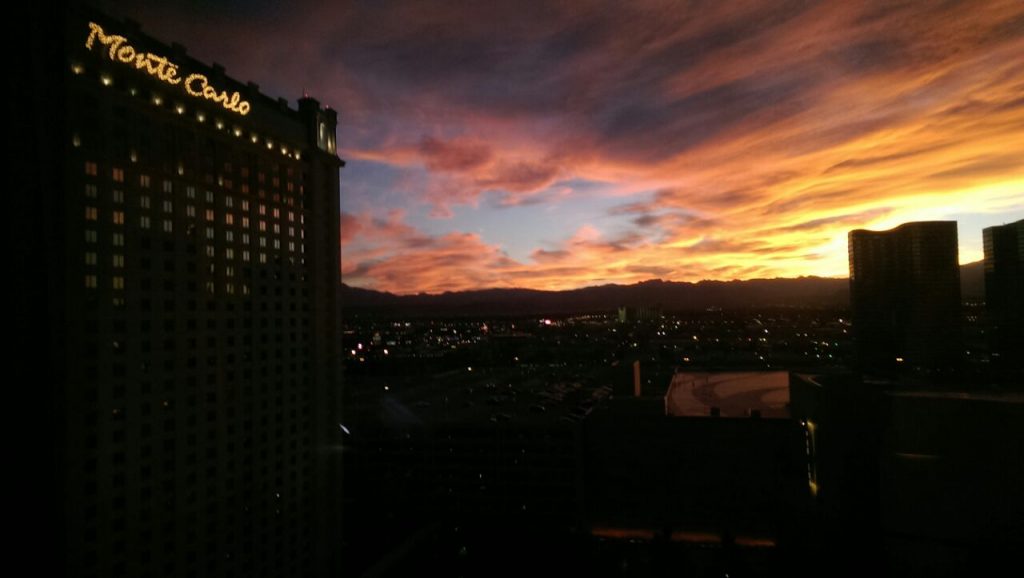 For many young people in the UK, Vegas is a fabled place thousands of miles away, home of the Hangover trilogy and according to the gossip pages of newspapers and magazines, is still the place where the highly pampered British footballers and celebrities go to get away from the rigors of the Spanish and Greek Islands  (even Prince Harry has ‘done Vegas’).

But the reality is that the vast majority of us have much shallower pockets.

So how can you ‘Do Vegas’ as it’s meant to be done without breaking the bank? Well to explain that, I’m breaking the one cardinal rule of Vegas. For the first and only time, what happened in Vegas, isn’t staying in Vegas…

Whenever I told people I was heading to Vegas to holiday, it was always met by the same reaction. A raised eyebrow, a smile and then a look of jealousy. Most people I’ve ever spoken to about city admit they would love to go, so it was with a feeling of great smugness that I found myself getting getting into a taxi and being asked to be taken to the Monte Carlo which lies on the strip.

Most Americans talk about driving to Vegas at dusk and seeing the city lights from a distance light up the dessert as they approach it. I didn’t have that luxury. But still, in height of the baking summer sun, the taxi ride is breathless. All the hotels you hear about and see in the films  are larger than life in front of you. The Luxor, The Mandalay Bay, and New York, New York are visually stunning.

I chose to stay at the Monte Carlo as I managed to get a good deal via a website (lowcostUSA) which meant that my flights to and from Vegas and my accommodation was reasonable at £1,200. This may seem a lot but when you consider that it is the east coast of America and is in itself, Vegas, it itsn’t too bad. I would encourage you to shop around for deals and offers. If you are prepared to be fairly flexible and search around, you can find some really good deals.

For me, the fit was the Monte Carlo. The hotel was on the strip and near to the Bellagio, MGM and Cosmopolitan hotels. It also had a generous pool area with loads of beds and seemed quite lively too. But being on the strip I feel is key to experiencing the real Vegas. The staff were nice and I had no complaints about the hotel. Ok, so it isn’t The Bellagio or the MGM, but it’s more than suitable for those who want Vegas without the huge price tag. And the bed is big – and comfy.

The Casino floor is what you would expect. It sprawls as most do and unsurprisingly there are no windows. It does have a big betting room for those who want to bet on sports and for the footy fans among you, they show Barclays Premiership games via American TV so you won’t go without.

Let’s get down to business though. Partying and sunbathing in Vegas. Whereas most big hotels have night and day clubs attached (more later) the Monte Carlo isn’t so fortunate. Nevertheless, the pool area is great. If you can stomach the Vegas heat, I’d encourage you to sit out and take in all the sites and sounds of being in a party atmosphere in Vegas.

The Monte Carlo boasts a kids pool which is always in the shade, but for adults it has a reasonably sized lazy river where you can get rubber rings and float around it with your mates in the sun. They also have a wave pool which gets lively during Friday and Saturday DJ sessions.

Poolside is THE place to meet people. Although the age range at the pool varies from young families, to older middle ages couples and to the vast majority of young groups of girls and guys, its good place to hang out. You can drink by the pool, dip in to keep cool but beware of taking drinks into the pool or else you will get whistled at.

No, not by someone attractive of the opposite sex, but from one of the lifeguards dotted around the two pools.  If you are feeling extra flashy, you can rent a cabana which gives you a very cool place to chill privately with upgraded sun loungers, a TV and other amenities.

The other hotel amenities involve a pub with great food with an outdoor terrace and several cheaper fast food options including a pizza place and subway. The average pizza place in America is usually a lot better than your average non high street pizza place in the UK. A quick slice when you are in a rush is perfect and pretty tasty too.  There are also a couple of Starbucks for those of you who can’t start your day without your usually latte. There is also a small gym which is free if you are staying there and a spa.

If you’ve had your time in the sun and want to check out the rest of the strip, be prepared. At anytime of the day or night, and walking up and down can be exhausting and hot in the extreme desert heat. At night, it doesn’t exactly get cool either but nipping in and out of hotels and shopping plazas can keep you cool.

From Elvis lookalikes, to music performers, to girls dressing up in typical Vegas showgirl attire, walking around during the day, the strip looks like a toy town. At night, it’s beautiful. The bright lights take you places you can only imagine in your dreams. Just walking up and down is great experience seeing all the people and seeing all the beautiful usual architecture all light up. It’s one of those views that needs to be seen to be believed.

I know there is no replacement for natural beauty, but Vegas at night shows that you can have a lot of beauty in artificially made. When you walk, you can’t help but be excited by the place and all the things you can get up to. I had the feeling when there that was a once in a lifetime trip. The truth is, I loved it so much…it may not be!

One of the great aspects of the Monte Carlo is that it can cater for a wide variety of tastes at reasonable prices. In particular, the hotel has opened up new eateries at strip entrance which are worth checking out.

If there was one food I’m probably an expert in, its pizza.. In the UK, we seem to settle for pizza that is quite frankly, easy to make and very unhealthy. We want fast options, but that means we usually have to sacrifice ingredients and taste. 800 Degrees Pizza is a whole new concept bringing the concept of quality fast food to a whole new level.

The service is fantastic and there is no compromise over taste or the quality of ingredients you get. You start by selecting your base and sauce and just like a subway sandwich, you make your way down as other members of staff add your choice of cheese and topics and lovingly put your pizza together.

At the end of the process you pay as your pizza is put in the oven. Incidentally, the price is fantastically reasonable. Most pizzas range between $12-$15.

For more info you can check out the video of me selecting and having my pizza made for me and also check out the audio interview with the restaurant manager. 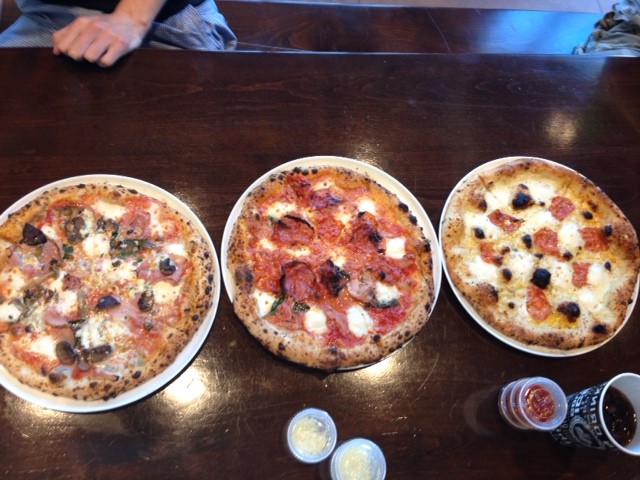 Minus 5 Below- Ice Bar

Frome 800 degrees to minus five, this bar is located actually in the Monte Carlo hotel on the Casino ground floor and is literally THE coolest place to be in Vegas. The clue is in the name as the temperature is 5 degrees below zero.

You do have to pay to go inside, but if you want an unusual experience and something else to tick off your bucket list, I’d recommend taking some friends and paying $37 dollars on a night you aren’t hitting the town!

You get entry, your own warm coat to wear, gloves and two cocktails of your choice. The best part of it is that these cocktails are poured into glasses made of pure ice, 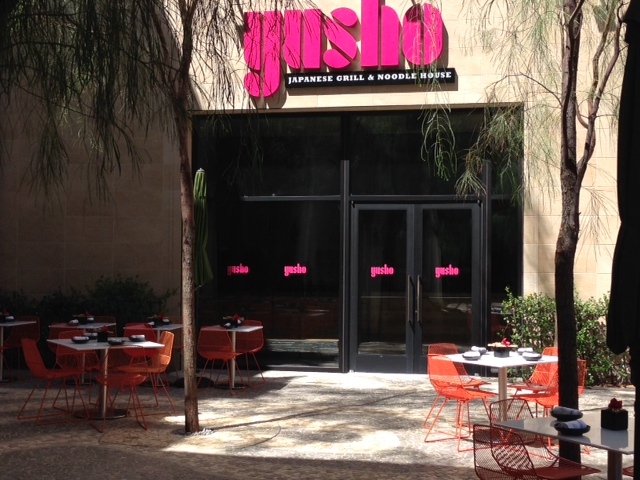 Of all the places I ate in Vegas, Yusho was the one that blew me away. It’s one of the star attractions for me at the Monte Carlo. Their aim is to create excellent Japanese food, but with a twist. They call it street food and aim for simple but elegant flavours.

If you don’t think Japanese food or sushi is for you, then don’t worry. Sushi is not something you will typically get there. I also ate with an Italian colleague of mine who just happens to be the fussiest eater of all time. He hates anything that isn’t pasta or pizza and has never tried Asian cuisine.

We were all pleasantly surprised when he tried and enjoyed almost everything brought to us. If you want to go somewhere different and are prepared to maybe treat yourselves one night, look no further. For more info, check out the interview and also the photos of the various dishes below. 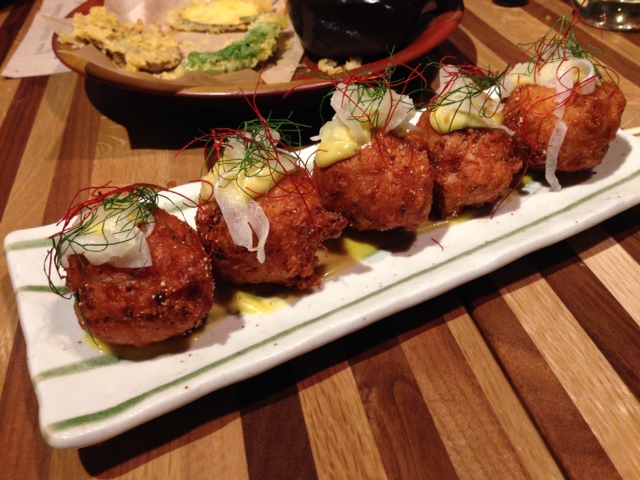 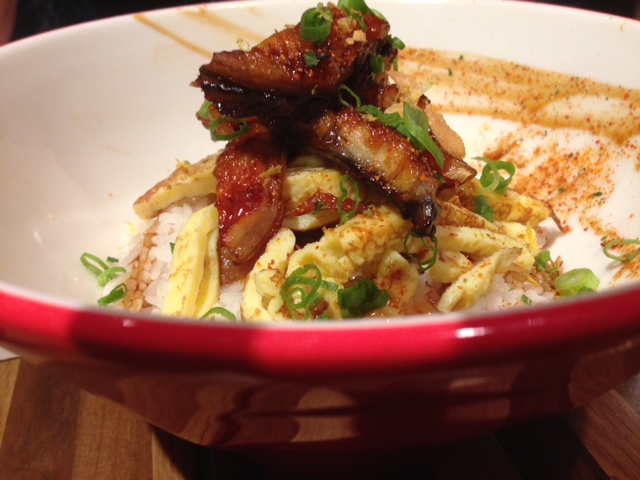 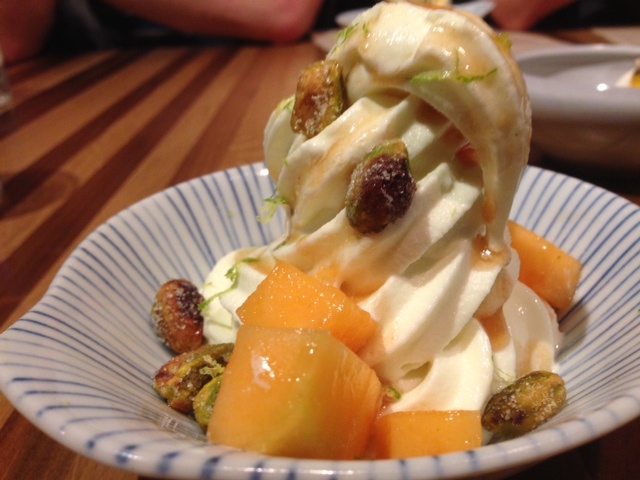 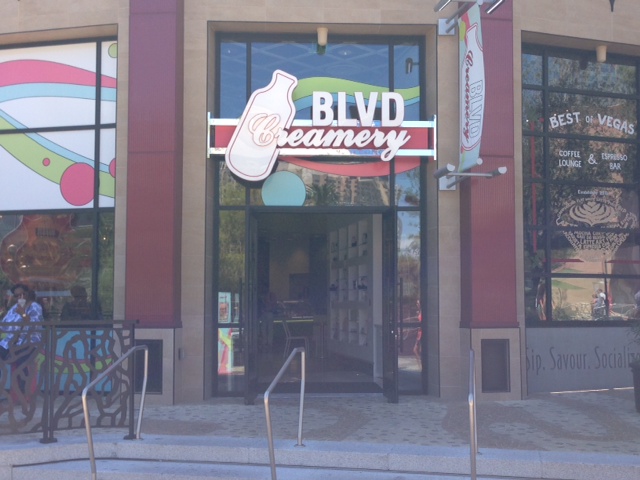 If you are more of a dessert person and in particular, ice cream, then you simply have to go to BLVD Creamery which is located opposite Yusho. They have genuine alcoholic ice cream which changes every so often meaning that if you ever go back to Vegas, you probably won’t taste the same thing.

They have too many different flavours to stock and show, so these rotate and they are always looking to push the boundaries of flavours. When I was there I was lucky enough to taste jalapeño watermelon…Yes, really!

For more info, check out the interview with Manager Megan Hutton and the photos of some of the ice cream too. 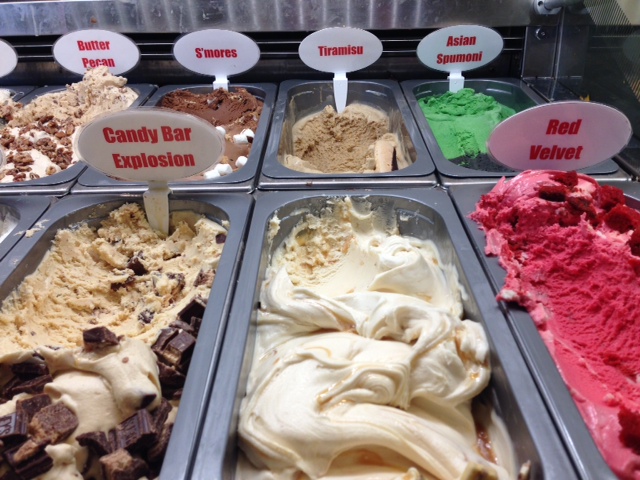 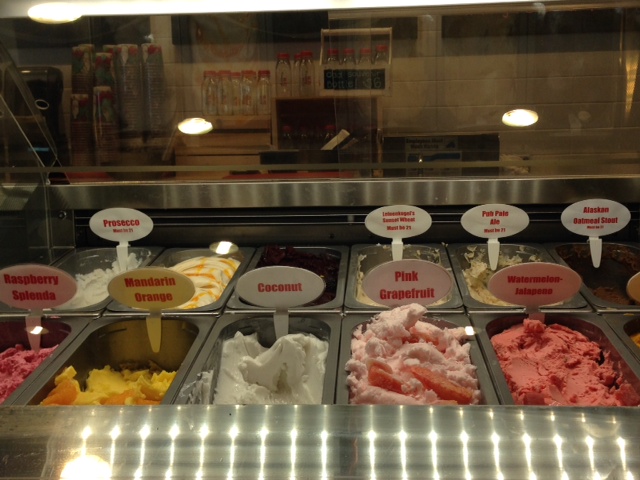 Vegas is famous for its night life. But it’s not easy going. Groups of lads will undoubtedly have difficulty getting into nightclubs.  And like that old adage; if you aren’t on the guest list, chances are you aren’t getting in. Guest list queues are massive and there is no getting round it.

My best advice would be to ring ahead and try and organise something. Say you are from England, you are unsure how it works in Vegas, explain the crowd of people you are with and make sure you get names of contacts at the club. This is particularly useful when you are told by door staff that you aren’t allowed in because of the boy to girl ratio (even if you are surrounded by girls and your name IS on the guest list).

In terms of the dress code, there can simply be no compromise. Its strict smart attire. So get your best shirt out and wear either black smart jeans or trousers that match your shirt. Just like in England, your shoes have to be acceptable too.

I wore a summer blazer with a white shirt and trousers combo to one of the clubs and didn’t feel over dressed, so don’t worry about that. The better you look, the more chance you have of getting in. It’s as simple as that. 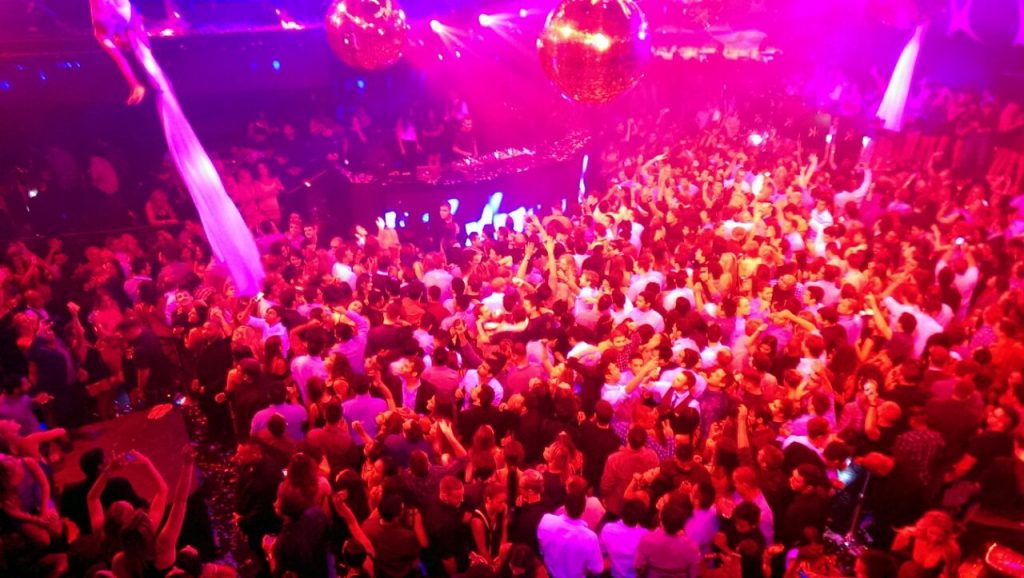