Harry Potter, witch balls and a ghost hound brought to life in magical exhibition in Huddersfield 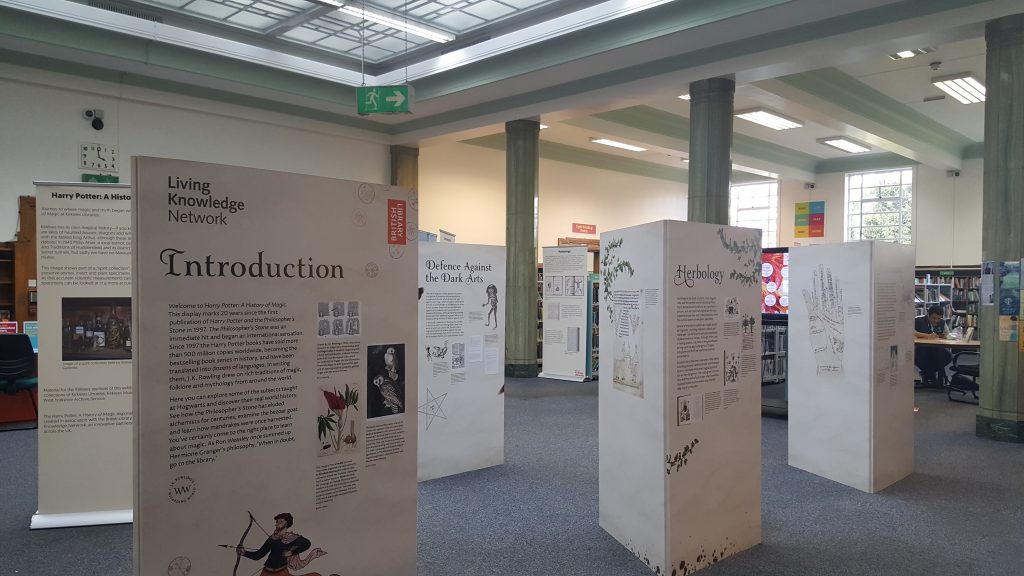 The exhibition at Huddersfield Library

A MAGICAL new exhibition has come to Huddersfield Library to celebrate the 20th anniversary of the first Harry Potter book.

Potions, Charms, Divination and Herbology are just a few of the subjects that visitors can discover more about.

The exhibition, which is a condensed version of the British Library’s London exhibition, Harry Potter: A History of Magic, runs until December 23. It will also travel to Dewsbury, Batley, and Cleckheaton.

In addition to 12 large information boards from the British Library, Kirklees Libraries have created eight of their own banners, using local magical history.

These include one on Care of Magical Creatures, which tells of the spectral dog Padfoot – a name familiar to Potter fans as the nickname of Sirius Black – who is said to haunt the village of Almondbury.

Another is about Defence Against the Dark Arts, showing a collection of glass ‘witch balls’, hung up by weavers to protect their work from witches.

There has already been a big response to the exhibition on social media. Curator Kirstie Wilson said: “The interest is massive – the reach has been insane.”

To make the most of the exhibition, Huddersfield Library are putting on free events for both adults and children. 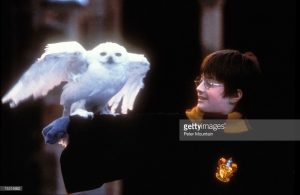 A young Daniel Radcliffe stars in the film version of Harry Potter and the Philosopher’s Stone, published 20 years ago.

For youngsters, activities on offer include creating a School of Magic during sessions across the half term holidays, Grimm and Co’s ‘Apothecary to the Magical’ crafts and story making, and a plug-and-play electronics workshop for children to build simple synthesisers and decorate them with leaves, creating a ‘singing mandrake’ plant to take home.

For adults, there are live-screenings of talks from the British Library, including Women, Witches, and Witch-Trials, and Illustrating Harry Potter, as well as evening of live music and ‘spine-tingling tales’ from performance company The Book of Darkness and Light on November 10.

The Mayor of Huddersfield, Christine Iredale, opened the exhibition. She said: “The real magic of Harry Potter is that it gets children reading.”

Librarian Sarah Harding, a self-confessed Slytherin, agreed: “You see people on the train from age 10 to I don’t know how old, quite happy sat there reading a Harry Potter book, which I think is brilliant.”

The full exhibition is on at the British Library in London until February 28 next year, and combines “centuries-old British Library treasures with original material from J.K. Rowling’s own archives, going on display for the first time.” Details of the exhibition can be found at https://www.bl.uk/events/harry-potter-a-history-of-magic.

J.K. Rowling said: “Encountering objects for real that have in some shape or form figured in my books has been quite wonderful and to have several of my own items in the exhibition is a reminder of twenty amazing years since Harry was first published.”

A documentary charting the journey of the exhibition from object selection to opening night will be broadcast on BBC Two on Saturday, October 28.

A full list of events in Kirklees can be found at https://www.ticketsource.co.uk/kirkleeslibraries. All events must be booked in advance.