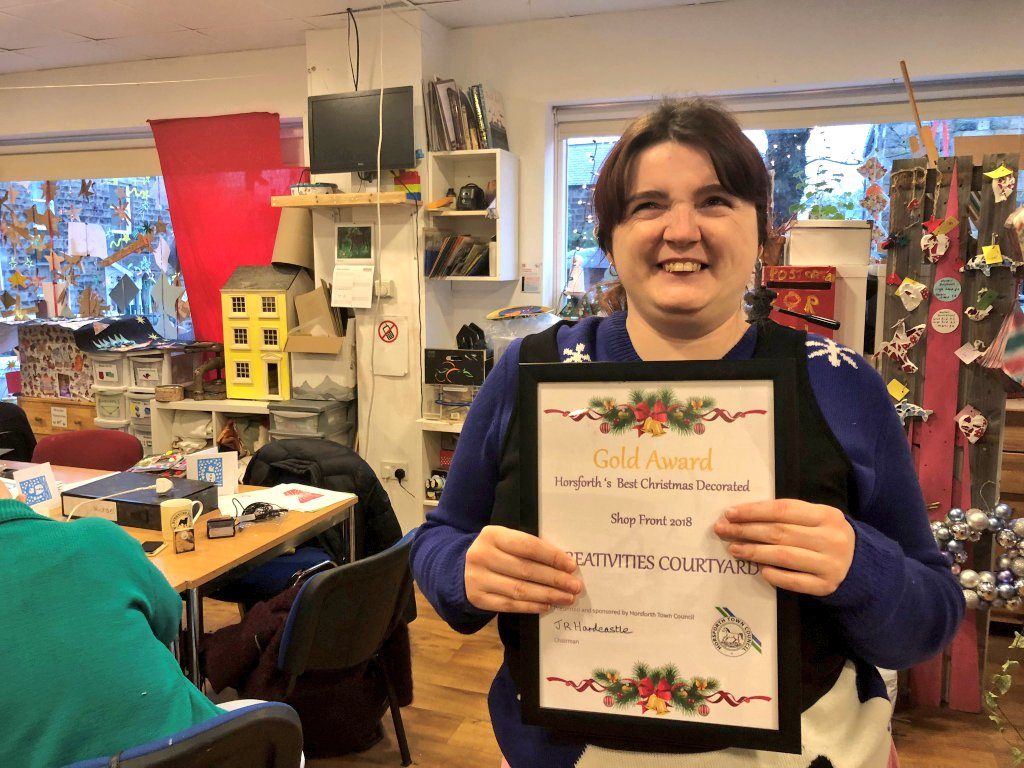 Service user Emma with the award

Courtyard Creativities, on Town Street, holds sessions ranging from cooking to printmaking and woodwork, with one of the judges praising “the effort and love” that went into the display.

The award, presented by Horsforth Town Council, was given to the centre’s colourful display which features a collection of stars hung from ribbons in the window.

The stars were created by the people who attend Courtyard Creativities to reflect the 11 different sessions at the centre.

Phill Hopkins, session leader, said: “Poppy, who works with us on a Friday, came up with the idea of having stars as the theme and we thought that was a brilliant idea.

“It was fantastic [to win] because we like being part of the local community here. We’re on a very busy street and we’ve got lots of people who come in and see us.

“It’s just a lovely thing to get some recognition and we like winning prizes here, so it’s just brilliant.”

Chefs at the cooking session made brussels sprouts and Christmas pudding decorations for the display, and wooden stars were created at the woodwork session.

Tammy, a service user at the centre, was one of the artists behind the Christmas window display.

She explained how she made a star in her printmaking class, using her own drawing to design the print.

She said: “It’s really good here doing all sorts of things. I really want to be an artist.”

The award was judged by those behind Horsforth Walk of Art, a hands-on community event held last July to encourage creativity in the town.

She said: “It’s such a personal display, you could see the effort and love that went into every creation.

“It was diverse and thoughtful, and every star told a story.”