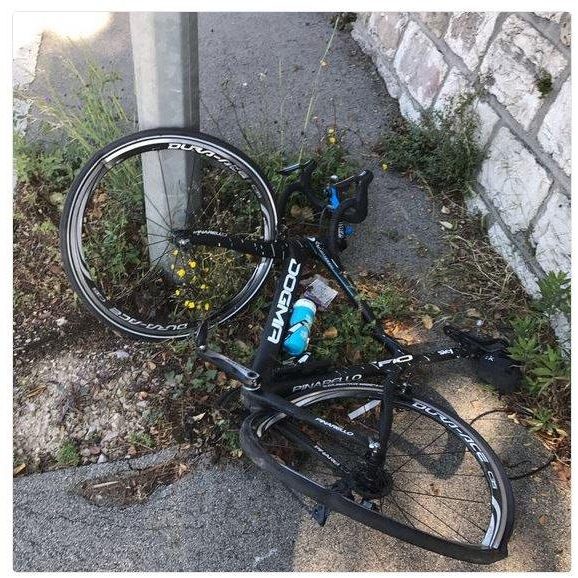 Three-time Tour de France winner Chris Froome says a car ran him off the road whilst he was training on his bike in France.

He claims the driver mounted the curb to follow him onto the pavement, and then drove off.  Froome, 31, posted a picture of his bent bike on Twitter with a caption reading:

“Just got rammed on purpose by an impatient driver who followed me onto the pavement!”

Froome is not taking part in the current Giro d’Italia but is probably going to race in June’s traditional week-long Tour de France warm-up event, the Criterium du Dauphine, which he has won three times.

The Tour De France starts 1-23 July and Froome will be aiming to win the event for a fourth time.