Celebrity make up fury lifts lid on perceptions of beauty

In a world where social media governs the public’s perceptions of what beauty looks like, it is blindly obvious that the evolution and prioritisation of makeup is on the rise.

The purposes of wearing makeup differ from person to person, with some describing that they use makeup as a confidence booster where they think they would not be socially accepted without it on.

Alicia Keys, the 15-time Grammy Award-winning singer, songwriter and much more, took to venting her feelings about the issue of makeup being used as a “mask” to hide behind in ‘Alicia Keys: Time To Uncover’ which she wrote for Lenny Letter – months before she stepped on the red carpet completely bare-faced.

In the letter she gave readers a raw description of how wearing makeup actually knocked her confidence.

She wrote: “It’s another moment where some piece of you realises that to fit in or be thought of as beautiful, you have to cover up to be a bit closer to perfect.”

Alicia set up her #NoMakeup movement on social media following her latest album cover which forced her to completely bare her face to match the raw and real nature of the songs on it.

On the movement she said: “I hope to God it’s a revolution. Cause I don’t want to cover up anymore. Not my face, not my mind, not my soul, not my thoughts, not my dreams, not my struggles, not my emotional growth. Nothing.”

Since the launch of the movement, celebrities such as Cameron Diaz, Ciara and Mila Kunis have followed suit to encourage impressionable fans and followers to embrace their natural appearance.

However, the movement has also received a frenzy of backlash, with some social media users claiming it brings negative connotations to people who wear makeup.

Makeup enthusiast, Robyn Louise said: “I personally think it just reinforces the stereotype that women only wear makeup to cover their face and ‘look good’, when in reality the majority of us that wear makeup do it because we enjoy applying it and buying it and use it as a creative outlet.”

Similarly, British make-up artist Charlotte Tilbury opposed this new trend, stating that from the moment she started to wear makeup, people started to treat her differently – in her eyes, an extremely positive change.

She told Allure magazine: “It’s every woman’s secret weapon. Makeup is hugely empowering. It has the incredible power to transform and boost every woman’s confidence. Makeup isn’t a mask – it enhances the very best version of you! It’s not giving you something that isn’t naturally there, it’s just highlighting what you already have. If you look good, you feel good.” 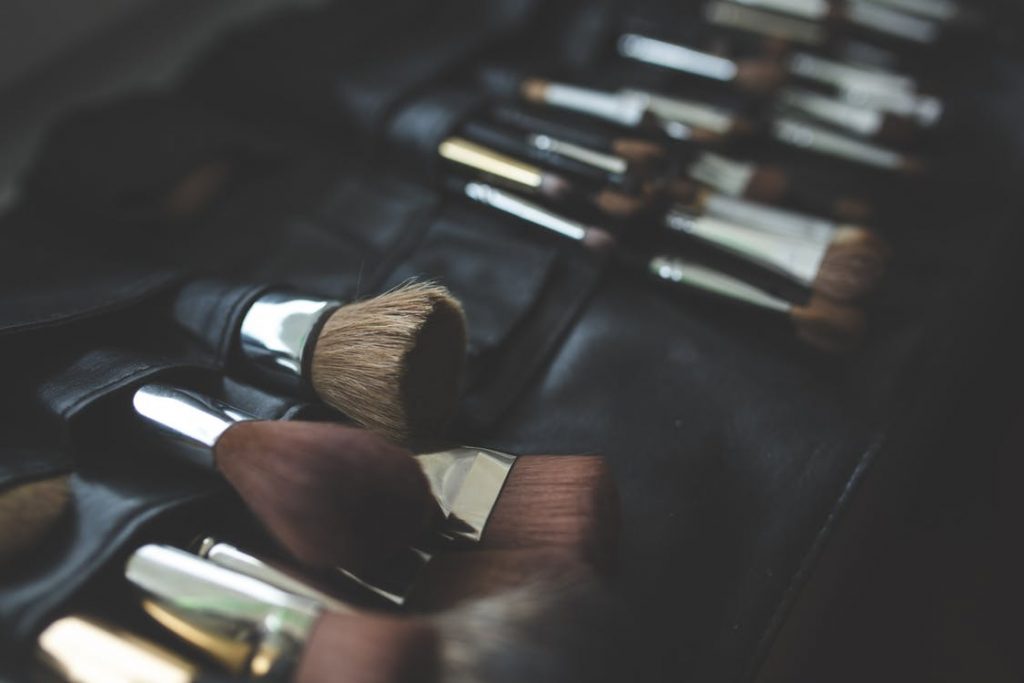 And it seems that some social media users are on the same wavelength.

Student Sophie Payne claims she would never be seen out without makeup due to self-consciousness about her skin.

She said: “I feel like wearing makeup makes me so much more confident within myself and I feel happier about going out, whether it be to Tesco or to town with a full face of makeup.

“I feel really nervous too when I go out with no makeup on because I hate the thought of seeing people who I know seeing me bare faced.”

“I just think it makes you feel much better about yourself, and when you’re having a bad skin day it’s nice to just be able to cover it up.

“And you can do so many looks with all kinds of makeup and there are so many makeup bits to try what’s not to love!”

But what are the suggested benefits of not wearing makeup apart from breaking free from a suggested false façade?

Dermatologists have been advising make-up wearers for years to allow their skin a break from makeup to avoid pore clogs and breakouts.

Beauty trends such as the 2015 ‘5:2 skin diet” urged makeup enthusiasts to ditch the cosmetics for two days a week to reap the benefits of clearer and cleaner skin.

In its product information they said: “Leaving makeup on, especially thick primers and foundations, clogs your pores and attracts dirt and germs leading to dull, oily and sometimes blemished skin.”

However, cosmetic dermatologist, Karen Hammerman claims there’s no need for makeup breaks if skin is cleansed properly – advising using a cleanser twice for a deeper clean.

Whilst some people sit on definitive sides about the #NoMakeup movement, homemaker Isma Mahmood, 29, believes it is a personal choice and acknowledged that in her religion of Islam, women are considered to be like diamonds and therefore cover up to be judged according to their morals and knowledge rather than aesthetics.

She also added that from a younger age she had bad acne and used to wear foundation even in the house as a cover up, but since having children and prioritising other things instead she has noticed a considerable clear up in her skin – suggesting the benefits of following a make-up free lifestyle.

So maybe it is not everybody’s time to uncover – however, the desire for healthy clean and clear skin stays mutual in and amongst society.

Beauty is only skin deep – but apparently keeping that skin clear makes all the difference to those like Mrs Tilbury who turn to make up for confidence boosts and empowerment.

Alicia’s letter can be found here.