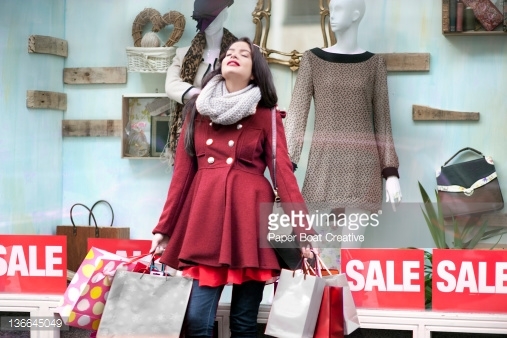 BLACK FRIDAY is ruining the spirit of Christmas, according to consumer experts..

The American bargain shopping craze came over to the UK and has evolved into a week-long event with deals every day, culminating on the last Friday of November.

However, consumer experts have admitted that while it is good news for retailers, it is ruining the real spirit of Christmas, going shopping for gifts during December and feeling festive.

Cat Plummer, 32, a blogger at the Penny Wise Life Rich website said: “I feel that it has become less about spending money on others and more of an overindulgence of self.

“This then leaves people short of cash to spend on others and then longer term on themselves, on things like paying bills. This in turn creates stress and can take away the Christmas spirit.”

Holly Smith, a 30-year-old mum of two, who works at Extreme Couponing and Bargains UK, said: “Black Friday is a American tradition – held every year on the day after Thanksgiving. Some people don’t like the fact the UK has jumped on the bandwagon.

“Some people feel it’s missing the Christmas spirit, but many others are grateful that’s there’s a set date on which they can go Christmas shopping, save money and then relax in the final weeks before Christmas.”

Kelly Blakemore, 42, a concessions manager at Fuse, said: “Black Friday this year was good for footfall because people think they are getting a bargain. So many people internet shop now so it keeps customers coming in, but there isn’t a lot of Christmas spirit anymore.”

Retailers have reported an increase of 892% on transactions during the start of black Friday from 12am to 1am.

Chris Harle, COO of PCA Predict said: “Customers were clearly waiting for the moment to strike the sales and have stayed up until the early hours as we spotted a spike in activity shortly after midnight.”