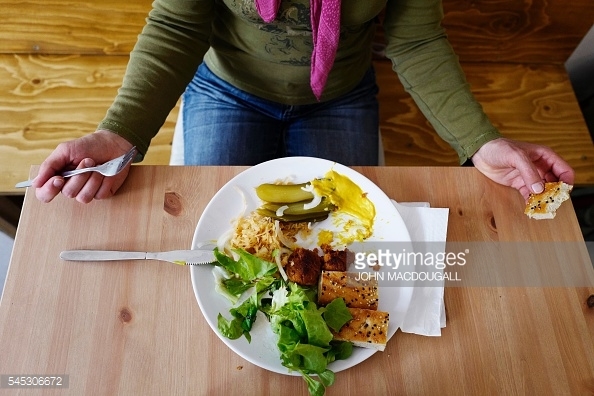 WORLD VEGAN month is being celebrated in November by more than 500,000 people in the UK who have rejected animal products from their diets and lives.

The celebrations – which mark the founding of the Vegan Society in 1944 – start on November 1.

Vegan lifestyles are becoming popular, with 1.68 million vegan and vegetarians in the UK.

The movement is perceived in terms of healthy diet, not hurting animals and being environment friendly.

Bob Jackson, manager of El Piano vegan restaurant in York, said: “We could feed a lot of people if we stop consuming animals.

“It’s just natural progression, just like everything else that has happened. However, these things take time. Five years ago when I became vegan I knew two vegans. And now?”

Vegans choose to not consume any animal products including meat, fish, milk, cheese, eggs and honey.

A study by the Vegan Society found that more than 860,000 of all vegetarian and vegans also avoid all non-dietary animal products such as leather and wool.

Emma Swanton, visual merchandiser at LUSH cosmetics, which sells only animal-friendly products, said: “I was raised as a vegetarian. Being vegan for me is an ethical choice.

“Some people become vegan because it is fashionable, but I think more people are becoming aware of it.”

Mr Jackson added: “I have four main reasons for being vegan, probably the primary one is animals, but also the environment, dietary and humanitarian.

“It’s quite an extreme thing to do it for fashion. You need to actually change a lot of things in your life.”

And veganism can also help people with allergies.

“Half of our customers don’t have any diet requirements. We are a vegan restaurant 100 per cent but we also help people who need a gluten or sugar-free diet.” said Mr Jackson.

Ms Swanton said that some LUSH customers are vegans but most are attracted by the nice smelly products.

Veggie Pret opened in Soho, London as an experiment, but was overwhelmed by positive public response and has now decided to stay open. Alice Clarke, PR manager, said there are plans to open more Veggie Prets.