The Nature of Football: The struggle of Hull City

Since being relegated from the Premier League under Marco Silva, Hull City have been struggling in the Championship since the campaign began in August.

The Tigers were tipped by many for a quick return back to the Premier League after a single season, however things didn’t quite turn out like that.

Although The Tigers managed an opening day draw away at Villa, the Hull side coached by Leonid Slutsky didn’t find any real form at all, with fellow Premier League relegation sufferers Sunderland sitting at the bottom of the table.

Back-to-back relegation was certainly looking likely at one stage for The Tigers, however they have found a bit of form under new manager Nigel Adkins, managing an impressive away win at Nottingham Forest, whilst also defeating 7th place Sheffield United at the KCOM. 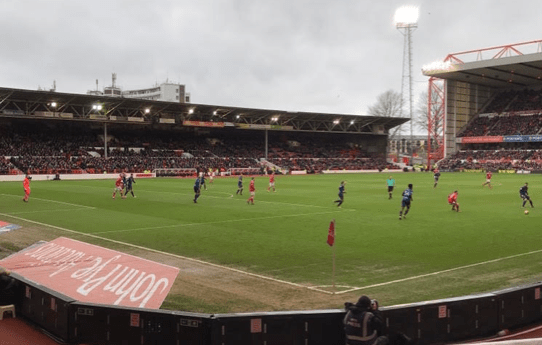 Although City are arguably finding their form in the league, protests from fans of the club are still ongoing. The relationship between the fans and the chairman has arguably never been sourer, leading to a planned protest in front of the Sky Sports cameras as the Tigers faced Sheffield United at home. 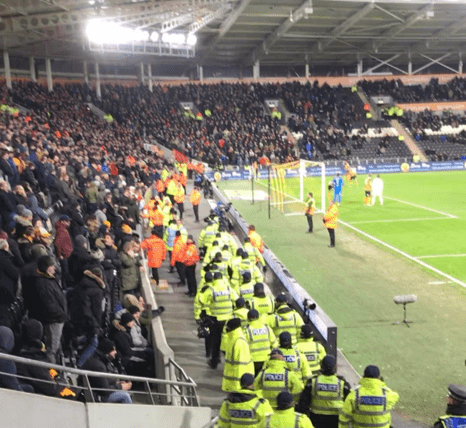 Extra police on duty ahead of planned protests at the KCOM.This was the second protest of the season including stress balls being thrown onto the pitch, after the first which occurred in the home fixture against Nottingham Forest.

I spoke to the chairman of the Hull City Supporters Trust, Geoff Bielby, about the current state of the club: “I think most Hull City fans expected us to be at least mid-table, despite losing some top quality players in the summer.”

“The escalation of protests against Forest brought the club owners to the meeting table in November. I asked them the question, and they confirmed it was the stress ball protest that made them decide to meet us. There are few other clubs in this sort of crisis that have achieved meetings with their club owners, in the way that we have at Hull City.”

Although it wouldn’t be a first if The Tigers did fall to a second consecutive relegation, it would certainly be unexpected.

In the 2011/2012 season, Wolves were relegated from the Premier League, and then suffered their second consecutive relegation down to League One the season after. This was a result of losing a number of first team players and having interchanging managers throughout the season, which sounds scarily familiar to Hull’s current situation.

After being left for dead in the bottom three with the likes of Sunderland, Hull’s results are slowly starting to become more positive.

In addition to their current form, Hull City chairman Ehab Allam has recently released a statement regarding various different issues surrounding the club, that were brought up in the most recent Supporter’s Committee meeting.

The statement explained that the club will continue to use the name Hull City on all key platforms, whilst also bringing back concessions for purchasing tickets.

As well as this, Ehab Allam expressed his want to discuss the club crest situation, determining that the crest process will be “communicated by the end of March.”

In regards to this meeting, and the proposed changes to the way in which the club is run, I spoke to Hull Daily Mail football writer Will Jackson, who said: “The owners and the fans have been at loggerheads for nearly five years, ever since the name change idea was first announced.”

“The relationship between the fans and owners has soured even further this season, following the lack of investment in both the summer and winter transfer windows.”

“I’m a Hull City fan and the recent protest against Sheffield United was the bitterest I’ve ever seen. However, judging by the Supporters’ Committee meeting, those protests have had the desired effect.”

“The club’s agreement to work with the fans when it comes to the badge, brand guidelines and concessionary ticketing would suggest the conflict is heading towards a solution.”

“But, in terms of the relationship between the owners and the fans, many concerned fans might not be coaxed back until the club is successfully sold.”

Although things have been looking fairly bleak for Hull fans in the past few years, things are definitely beginning to look up.

With new things being brought up between the fans and the owners, it has to be said that communications are at least being made, which is a great contrast to the relationship it was this time last year.

previousChris Wilder: Is he one of Sheffield United’s greatest ever already?
nextTigers travel to St Andrew’s to face a lacklustre Birmingham side