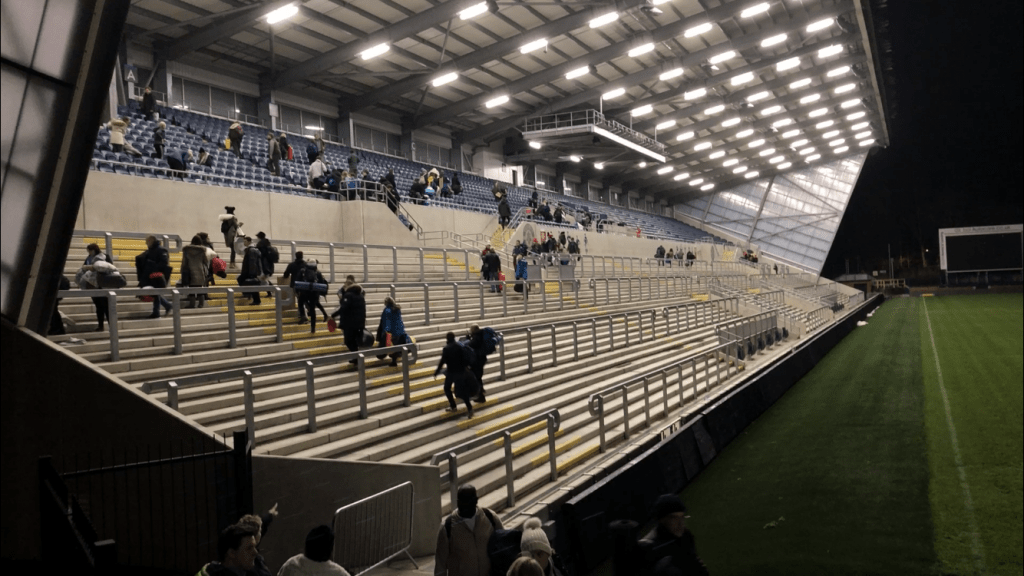 The Big Sleep is a shared event between St. George’s Crypt, St. Gemma’s Hospice and the Leeds Rhinos Foundation, with the proceeds split equally between the three.

This is the third year the event has run, attracting a record number of participants.

Cheryl Harrington, head of fundraising for St. George’s Crypt, said: “The first year we did this we had twenty-nine people signing up for it, last year we had 101 and this year we’ve got almost 250 people joining in so it’s an amazing achievement, we’re really pleased.”

She said that St George’s Crypt – which offers support services to homeless and vulnerable people – aims to use their share of the proceeds to expand their Growing Rooms programme, which supports people recovering from addiction, and to keep funding their other services such as emergency accommodation.

Dr. Mike Stockton, chief medical officer at the hospice, said: “Care for homeless people at the end of their life hasn’t been take seriously, and it’s the sort of thing now that we’re looking at and new care models are starting to emerge – and it’s all part of St. Gemma’s mission.” 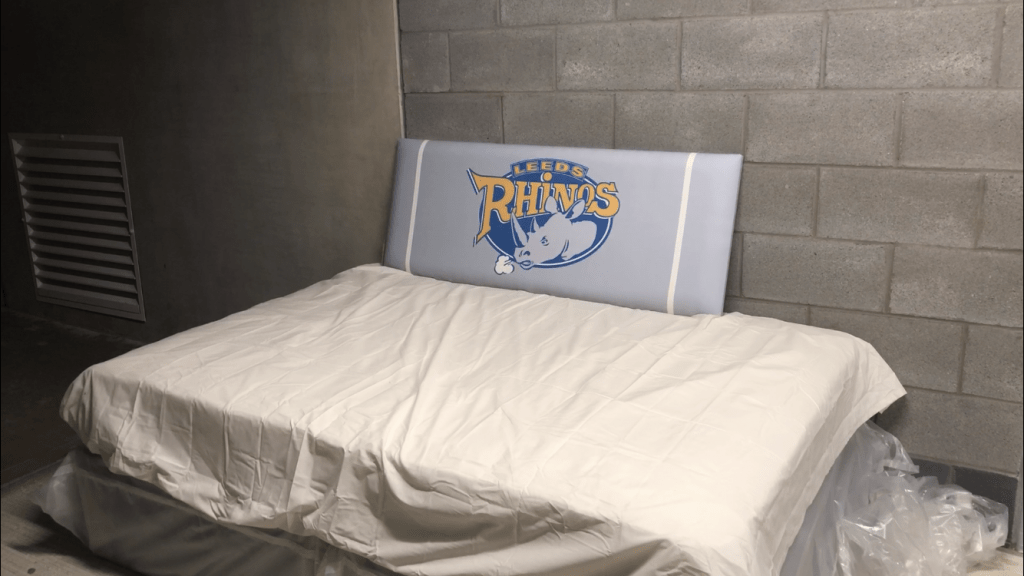 The Leeds Rhinos Foundation aims to use sport to achieve social change, working with vulnerable groups such as domestic violence victims, ex-prisoners who are re-integrating into society,  and young people from disadvantaged backgrounds.

Bob Bowman, the Foundation’s COO, said: “All three charities work with vulnerable and disadvantaged people within the Leeds community, so it’s great for us to come together and spread the proceeds for us to continue doing our great work.”

72-year-old solicitor Ruth Bundey said she had been inspired to take part by the help that St George’s Crypt’s had given her friend and client.

“I decided to come here as a kind of thank you to the St. George’s Crypt staff who have helped him so much,” she said.

Before heading out to the stands to sleep, the participants were welcomed with live music and a game of Rock and Roll Bingo to win the luxury of a double bed for the night – but the winner decided to auction it off to raise more money for the charities, and it was eventually sold for £1500.

There were also talks with a number of Leeds Rhinos players, including rugby legend Jamie Jones-Buchanan.

Jamie commended those taking part in the event, saying: “It’s wonderful – we’re all communal beings and we achieve more, gain more success when we come together and do things together.”