Leeds meeting urges people to cut back on flying 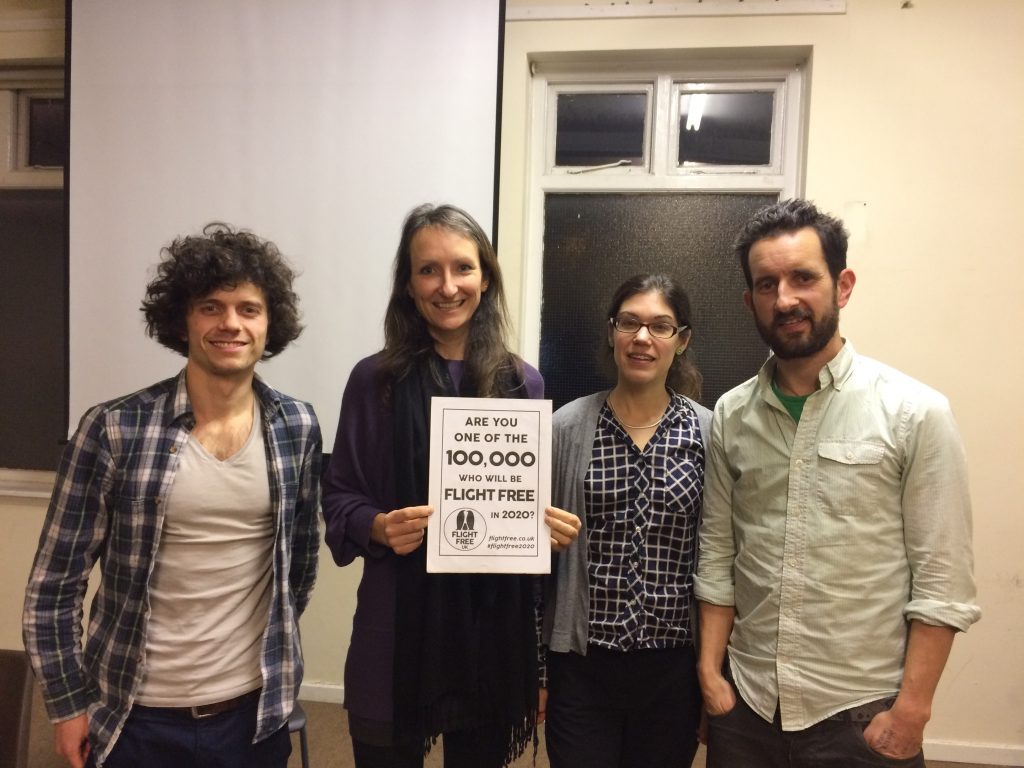 The speakers from the talk. From left to right: Jefim Vogel, Anna Hughes, Milena Buchs and Ed Carlisle

A meeting was held in Leeds to discuss the impact that air travel is having on the environment and ways to reduce emissions.

The speakers at the event last week were Dr Milena Büchs, associate professor in sustainability, economics and low carbon transitions at the University of Leeds; Anna Hughes from the campaign group Flight Free UK; Ed Carlisle, who is the candidate for the Green Party in Leeds Central constituency; and Jefim Vogel of the sustainablility group, Our Future Leeds.

Last year, more British people flew abroad than any other nationality, according to data from the international trade body for aviation cited in the Independent.

And several UK airports have plans to expand.

Anna Hughes put this down to the cultural norm of flying and barriers to other methods of transport.

She said: ‘‘We don’t realise there are other ways to travel, somebody I spoke to didn’t know you could get the train to Germany!’’

If the expansion of LBA goes ahead, by 2030 the number of passengers should increase from 4million to 7.1million.

The climate impact that the flights would have by 2030, would be double the target emissions for the whole of Leeds.

He added that by 2050, temperatures could reach ones that the planet has not experienced for millions of years.

This could lead to crises, conflict and war over food, water, land, resources, national identity and migration, and the UK would be affected.

Nevertheless, Ed Carlisle, Leeds Green Party, emphasised that it is not too late to make an impact to reverse the crisis and everybody cutting down to flying once a year would be a good start.

He added that not flying can be a positive, as people can get to know their own country better by going on domestic holidays.

In the meeting, the suggestion of a frequent flyer levy or flight tax was raised to reduce the appeal of flying.

Dr Milena Büchs, said: ‘’Not flying is more important than other measures, such as going car-free, eating a plant-based diet or recycling’’, as air travel has such a drastic impact on the environment.

Ruth Anderson, 79, from Bradford was a member of the audience and said: ‘‘We don’t fly because we are concerned about the environment.