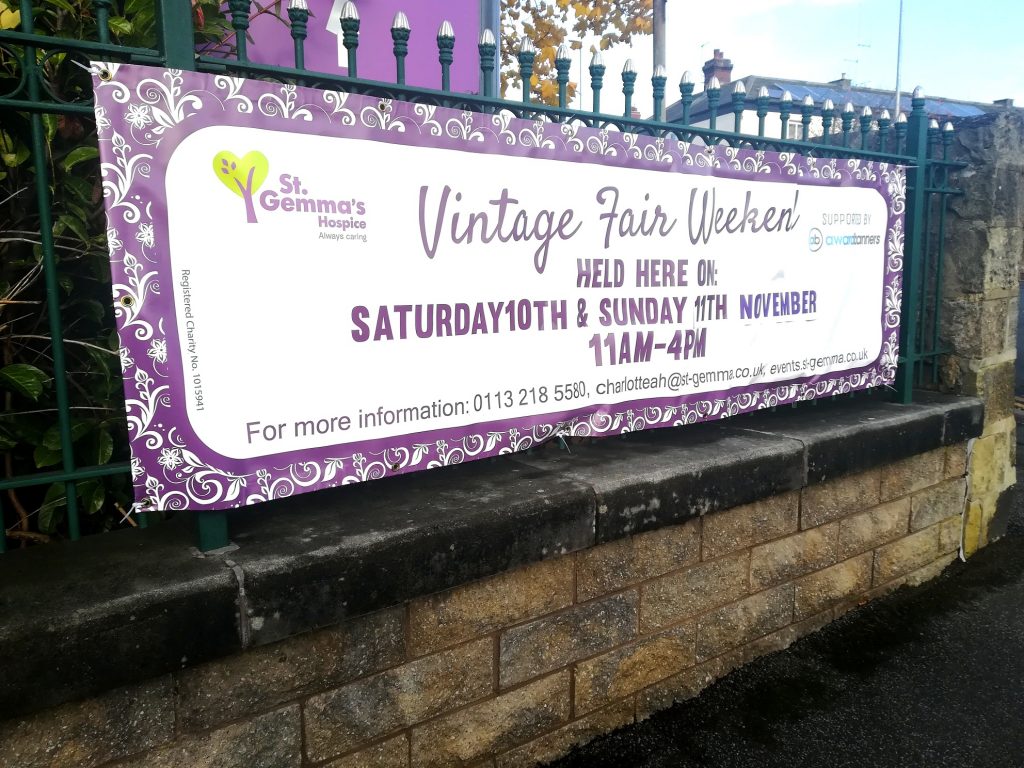 The event took place at the hospice’s academic unit of palliative care in Leeds.

St Gemma’s Hospice hosted their annual vintage fair on Saturday November 10 where stallholders from Yorkshire displayed their timeless retro items to raise money for the charity.

The event took place at the hospice’s academic unit of palliative care on Harrogate Road in Leeds, which was open to the public with entry to the fair by donation.

St Gemma’s Hospice is partially funded by the NHS, but mainly runs on donations and requires £25,000 a day to keep its services going.

The event was able to raise £4,000, which will go towards running costs.

The charity hosted many stalls at the event, including a raffle and cake sale staffed by volunteers.

Lindsay Bainbridge, 49, a stallholder and teacher from Leeds said: “It’s brilliant, it’s always really well attended and the money raised goes to a good cause.

“There’s a waiting list to have a stall since it’s so successful, and after this year I hope to do it next year too.”

Enid Brown, 50, a collector from Wakefield said: “I was a nurse for many years but I took a break and decided to follow my passion for collecting.

“It’s helping a worthy cause; I’ve loved collecting ever since I was 10 years old and this gives me the chance to share my love with others and help out the charity, which I have done for about four years now.”

Nicola Woodgate, head of marketing and communications of St Gemma’s Hospice said: “The fair was expected to be very busy, as it is every year.”

By hosting the event, the charity hoped to raise awareness of the work volunteers do, and how the hospice has helped change lives.

Nicola said: “It was another great success, and the funds raised will help support the charity and families who have been affected by terminal illness.

“We have lots of events going on, all year round, including our successful Christmas event which is coming up on November 16.”

St Gemma’s Hospice is a Leeds-based charity which provides therapy and specialist care for patients, and advice and support for families who have been impacted by terminal disease.

There are many ways to get involved with the hospice, including taking part in various events, donating money or becoming a volunteer.

To find out more, visit: https://www.st-gemma.co.uk/

previousJournalism and Media Week: the Friday podcast round-up
nextWhat areas does Claudio Ranieri need to address to keep Fulham in the Premier League?