Spectacular Light Night dazzled in another year of success

The leader of Leeds City Council has described Light Night as a “bold and impressive statement” that has put the city on the global map.

The spectacular light and sound event captivated thousands with an evening of artworks and performances by artists from around the world.

Light Night is one of the UK’S biggest arts and light festivals, and it returned to Leeds on October 4 and 5 for its 14th consecutive year.

This year’s event saw the city celebrate its history, technology and social change by transforming landmarks and famous buildings with sequences of real and imaginary images.

Councillor Judith Blake, leader of Leeds City Council, said: “Light Night Leeds never fails to capture the imagination and create a truly enthralling spectacle which is enjoyed by tens of thousands of people each and every year.

“This year  has been no exception, and this remarkable festival and the superbly talented programme of artists it brings to our city has once again made a bold and impressive statement about Leeds and our credentials as a truly world class cultural destination.”

The thousands of people who attended were given a celebration of the Leeds suffragettes Leonora Cohen and Mary Gawthorpe and an appearance from a fiery dragon. 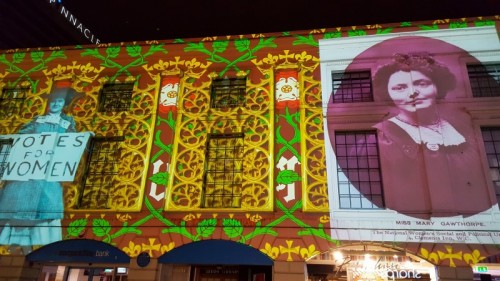 Diane Willis,46, from Leeds said: “ I’ve been attending the Light Night with my two girls for the past few years and honestly it has never failed to amaze us all.

“However, this year was fantastic and I felt like it’s stepped up more than previous years and both the girls were amazed by the dragon on the Queens Hotel especially with how phenomenal it looked.” 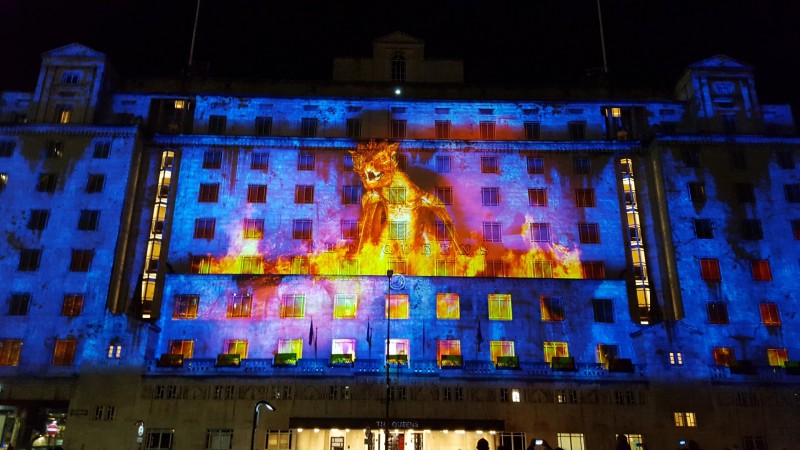 An estimated 80,000 people discovered over 60 different art events over the two day festival.

The upcoming international arts festival Leeds 2023 supported the event in order to help build on the city’s reputation as a global cultural city.

Alice Mckenzie, 67 said: “ I think the council have done a wonderful job on this event this year.

“I loved how they have interpreted the history of the city into such beautiful pieces of art and performances.

The Light Night festival is a free event though the council urged people to buy the official festival guide for £2 to help with the costs and to keep it a free event for the years to come.