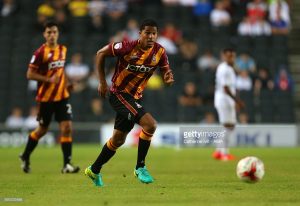 The game will take place on Tuesday 31 January 2017 at Oxford’s own Kassam Stadium, kicking off 7:45 pm.

After the game was postponed a week before, the winner of this tie will eventually go on to face either Luton Town or Yeovil Town in the semi-final.

Having only one loss in their last six games and a recent 3-0 away victory over Newcastle United in the F.A Cup, The U’s will approach this game confident of a win.

However, new loan signing Toni Martinez will be not be allowed to participate in the game having already played for West Ham earlier on in the competition, despite netting on his debut last time out.  In a bid to tidy things up, Oxford could include Liam Sercombe, Joe Rothwell.

Key defenders Sam Long and Christian Ribiero came back from their retrospective injuries during a friendly during the week and both will hope to make a return in the first team. Charlie Raglan is also unable to play.

Speak to head coach Michael Appleton has said “A few of them are on cloud nine after the weekend but you would expect that after such a big result, we will move on very quickly to Bradford City and how we are going to try to get through this tie and into the semi-final.2

On the other half, Bradford will be without Tony McMahon who is sidelined after already picking up two bookings in the competition already.  They will also be without Alex Jones and Alex Gilliead who are both cup-tied after playing for other teams in the cup before joining the Bantams.

Defender Matthew Kilgallon recently underwent surgery to mend a damaged pec muscle and both Nathaniel Knight-Percival and Filipe Morais are also unable to play due to injuries.

Bradford Manager Stuart McCall has said “We’ve both had good results over the weekend. But realistically their players will know they’ve got a far better chance of getting to Wembley in the Checkatrade Trophy than the FA Cup.”

The last time the two teams met, Oxford came out the overall winners with a 1-0 home win. This is a game not worth missing.