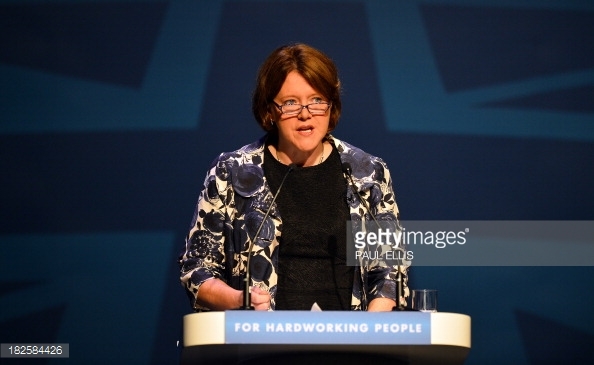 THE FORMER minister for women and equality has accused the Government of an “unacceptable” five months of inaction over the gender pay gap issue.

Maria Miller MP (Cons, Basingstoke) says a report by the Parliamentary Women and Equalities Committee, which she chaired, has gone ignored since it was published in March.

The report found women are paid 19.2 per cent less than men and often become ‘trapped’ in low-paying part-time jobs well below their skill level, or receive little support if they are returning to work.

The government has promised to resolve the issue within four years but Mrs Miller said: “The Government had committed to eradicating this issue and our report sets out a clear way on how to close the gap, mainly by creating more flexible jobs.

“But I have spoken to ministers and we are still awaiting a response.

“It is unacceptable that they are five months late on this, and I have made it clear that it needs to be addressed as soon as possible.”

The worst sectors for pay disparities are ‘highly feminised’ jobs such as retail, care or cleaning.

Coun Rachel Eden, the founder of Holy Brook Associates, a training and consultancy firm in Reading, is also frustrated with the lack of Government response.

“It’s disappointing that the Government doesn’t have plans to address the pay gap, as too often I hear women say it’s not worth going back to work after having children.

“I am very clear we have equal pay for equal work in my company, especially as our culture expects women and men to talk differently about money.

“I quite often have to stop highly able, female entrepreneurs apologising for telling me what their rates are, which is something I’ve never encountered with a man,” she said.

However, there are industries such as consulting firms and cyber-security, where the gap between pay is almost on equal parity and at times women are paid more than men.

Karla Jobling, the chief operations officer of BeecherMadden, a recruitment firm in London, said that even with the closing of the gap in some industries, she has faced resistance from male colleagues.

“Some companies focus on getting people to return to work after a career gap, and while men are included – it’s obviously targeted at mothers.

“My big worry is that men really resist these moves.

“Whenever I speak out about women in cyber, I get told that women have never had it so good, that men shouldn’t be penalised for being male in some sort of ‘reverse sexism’ and that these token moves are demoralising.”