Most vicars are “normal” like me, says Gogglebox star Rev Kate Bottley 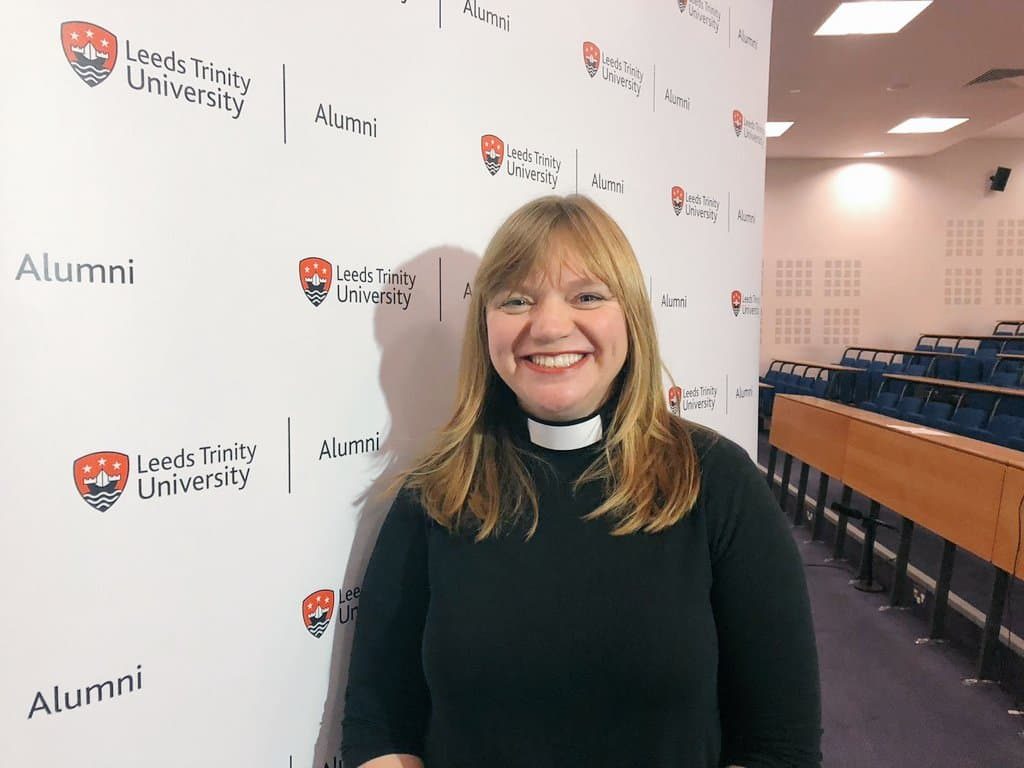 Reverend Kate Bottley, star of Channel 4’s Gogglebox and parish priest, has said that people of faith are just like anybody else.

She urged people not to let their perception of the church, or of Christians, put them off God.

Speaking at Leeds Trinity University, Kate had the audience in fits of laughter as she shared her journey to becoming a TV star.

She said: “Most vicars I know are like me, just normal people being normal.

“The idea that people think I’m such a breath of fresh air for the church is hilarious to me. I’m a straight, white, able-bodied, University educated, middle-aged woman.

“In any other job I would be ten a penny, but somehow for the church, because you’ve got a bit of personality, people go – wow this is revolutionary.”

Kate was an R.E teacher and head of department before being ordained as a priest in 2009.

After a video of her dancing in a wedding flash mob went viral, Kate was spotted by Gogglebox and appeared on the show from 2014-2016.

She has since moved on to various roles in the media, from her regular appearances on BBC Radio 2 to competing on Celebrity Masterchef.

Kate says she adapted easily to being a media figure and considers it an extension of her ministry.

She said: “What I’ve got at the moment is an unlikely pulpit.

“As the gap between culture and faith gets ever wider, we’re going to need more and more ambassadors to speak into that gap.”

Kate is a former student of Leeds Trinity and returned to the University for their 10th annual Journalism and Media Week.

She advised students to work hard, get a supportive team around them and not be afraid to make mistakes.

She said: “I always say yes to something and then try and figure out how I’m going to make it happen.