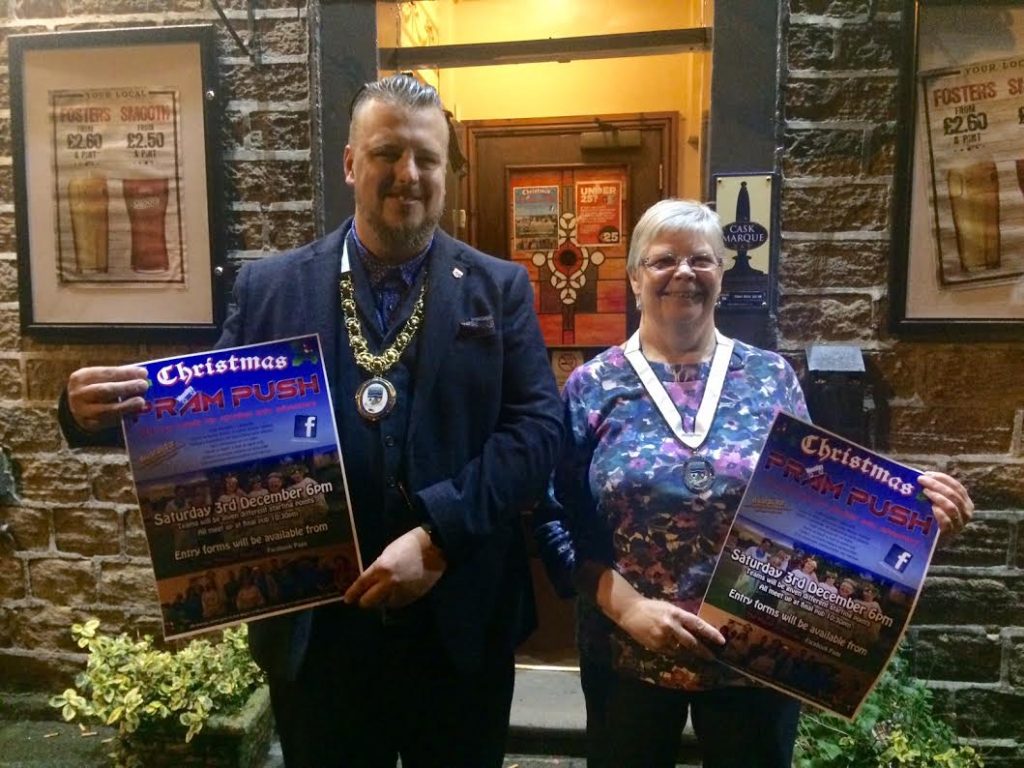 A POPULAR charity pram push which was resurrected in spring after a five year absence is holding its first ever Christmas edition.

The festive themed event will take place in Mossley, Greater Manchester, on December 3.

The pram push, which started up in 2003, has been brought back by the town’s current mayor Greg Brett, with the hope of raising thousands of pounds for his chosen charities.

It involves teams dressing up and transporting some kind of vehicle with wheels, as well as visiting at least 10 pubs and bars, collecting donations, and drinking a minimum of half a pint at each.

Organiser Lamelia Mccance, 45, owner of the Church Inn, Stockport Road, said: “With the spring event it was quite soon after we started it back up, so people didn’t have that long to prepare, but now for the Christmas one, we’re aiming to raise more than last time.”

Coun Brett, 38, said: “The spring one was brilliant, we had flower girls, priests, nuns and Romans – I dressed as an

emperor and got pulled along in a chariot!

“Then the priests stole our chariot! It was hilarious, when we gave out the awards for the most money collected and most pubs visited, we gave them my helmet as a prize.

“It’s all for charity. I started as mayor in May, and I finish in May next year, so it all goes into the funds that will be given out when I finish, giving back to the community.”

Mrs Mccance said: “When Greg became the mayor, he’d been a customer in the pub, and asked for suggestions for raising money so I told him to bring back the pram push. 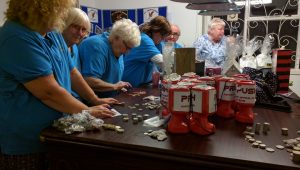 “I used to love it, we used to do it every year, and every time, we raised the most money, and it was a lot, up to a thousand pounds.

“I explained how we did it and what he needed to do, and he said ‘yeah let’s do it, let’s go for it’.

“It’s all about Mossley, giving back and helping out local charities, which I’m all for. It’s a way of paying back to the community.”

Mrs Mccance’s 22-year-old daughter Louise works at the pub but could not participate last time, after a horse riding accident left her leg shattered in several places.

She said: “It was a shame I couldn’t take part in spring, my leg was in such a state that there was no way I could do it.

“I’m hoping to do the one at Christmas, even if it means people have to push me in the pram.”

The pram push raised around £1,200 in spring, and organisers are now appealing for anyone interested in joining or sponsoring the event to get in touch on Facebook.