Mo the merrier for month of fundraising fun 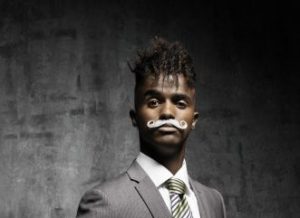 IT IS NOVEMBER… and that means Movember, when men – and some women – sport a moustache to raise money and awareness for men struggling with mental health issues, prostate cancer and testicular cancer.

If you’re able, you can grow some genuine whiskers to join in the fun, and if facial hair isn’t your thing you can buy stick-on moustaches so you don’t miss out.

Travis Garone and Luke Slattery are the men behind the foundation that has captured the attention and hearts of so many. The foundation started in 2003, after the men took inspiration from a friend’s mother raising money for breast cancer.

With only 30 men taking part the foundation began – it has now rocketed to over five million participants in 2016, raising over £443 million between all the “Mo-bros” who have taken part.

Chris Williams, 33, of the Burnfield area of Newcastle is taking part in Movember for the second consecutive year. He witnessed his father struggling with manic depression and is also fighting the condition himself after being diagnosed at the age of 17.

He said: “Raising money isn’t the be all and end all. Even if I can help one person by giving them a bit of information then to me that’s a success.

“There’s a big stigma attached to men asking for help, this shouldn’t be the case. Everyone should be allowed to tell somebody when they’re struggling. We’re all equal.”

One in four people in the UK will experience mental health problems each year, and this is something the Movember Foundation is trying to help by raising awareness and offering support. They are holding various events across the UK including ‘MoRunning’ where participants can opt to do a five km or 10 km sponsored run.

They are also holding things such as auctions, moustache parties, and touch rugby to help raise money for testicular cancer, prostate cancer and men’s metal health.

Karen Sumpter, clinical lead at Prostate Cancer UK, the main beneficiary of the Movember campaign, said: “Prostate cancer is the most common cancer in men – over 40,000 are diagnosed with the disease every year in the UK. Yet, despite the shocking statistics, men are notoriously bad at talking about their health, particularly to health professionals.”

Between 2012 and 2015, the Movember foundation has invested over £21 million into Prostate Cancer UK research.

“We’re bringing together experts from around the world to collaborate on solutions that will fundamentally change the face of men’s health. In fact, we’ve committed to reduce the number of men dying prematurely by 25 per cent by 2030.

“Our investment in prostate cancer biomedical research is contributing to many of the most promising tests and treatments that have the potential to slow or stop the progression of lethal prostate cancer.

“Investment in testicular cancer research is contributing to our understanding of the disease, in particular men who relapse, and their treatment options.

“We encourage men to become more aware of their health, to talk about it and take action when health issues arise. We recently launched a powerful campaign entitled “Men: we need to talk” to raise awareness of male suicide and encourage men to talk when things get tough.

“We want men to live longer, healthier, happier lives – we work to change the face of men’s health and to change the way men are treated and supported.”

For more information on Movember and to get involved click here: https://uk.movember.com/