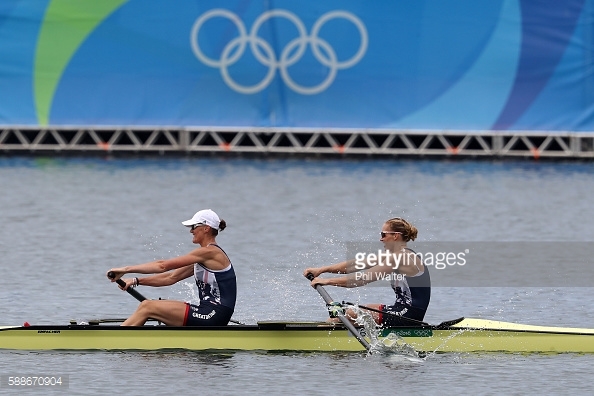 PARTICIPATION IN the so called smaller sports like rowing, gymnastics and triathlon has increased in the four months since the Olympic Games in Rio.

Team GB were successful in those sports winning 15 medals in total, including six Gold medals.

Louise Forrest, who is the development manager for Leeds at the Yorkshire Sport Foundation, helps to support and advocate sport around the city, and also helps to deliver national sports programmes on a local level.

Louise said: “We work together to drive participation in sport in the city.

“I can speak first hand that Leeds Rowing club have had a huge influx of enquiries and interest on their waiting list, and are growing daily off the back of the Olympics.

“It has had a huge impact as people are wanting to get involved.

“We’ve had huge amounts of interest in triathlon, rowing and volleyball. Growing the smaller sport awareness has improved massively on those more than your core sports.”

One sports club that has seen an increase in popularity is Leeds Rowing Club.

It was formed in 2006, after organisers found out that Leeds was the biggest city in the UK not to have a rowing club.  And after 10 years, it now has more than 200 members.

David Cottrell from Leeds Rowing club said that normally in the winter, there are around three or four enquiries for membership a month during winter, and that increases to seven or eight in the summer.

David said: “We have seen a big surge in enquiries of people wanting to learn to row. During the Olympics, we had 80 enquiries just in August.

“We always have increased interest after the Olympics since we formed in 2006 but there has been a decline every Olympic year since.  We had over 200 enquiries after the 2008 Beijing Olympics, and 150 after the 2012 London Olympics.”

He added that despite the influx of calls about the rowing club, it can’t accommodate everyone because it is run by volunteers, and does not have enough equipment.

“We can only teach between six and eight people at a time due to not having enough boats, so I can take time for everyone to have ago.”

He added that while rowing can’t be called a mainstream sport, it is a sport that the country is successful at.