Man in court over kidnap and murder of Leeds dad 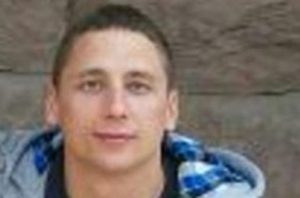 Murder victim Colin Pierre, known to his friends as Craig

A third man is due to appear at Leeds Magistrates’ Court today charged with killing a father-of-one with a shotgun.

Anthony Micah Pyke, 31, of no fixed abode but with connections to Meanwood, is charged with murdering Colin Pierre, also 31, at around 2am on Tuesday, March 11.

He bled to death from a single shotgun wound, a post-mortem examination revealed, before his body was dumped in a beck near Gledhow Valley Road and Gledhow Lane.

Mr Pierre, who lived in Gipton, and was known to his friends as ‘Craig’, was a former pupil of Mount St Mary’s High School and was a construction worker. He had a six-year-old daughter.

Pyke, who was arrested in Bolton on Sunday March 23, is also charged with kidnapping Mr Pierre and another man who can’t be named for legal reasons.

Two other men, Trevor Isles, 48, of Highfield Green, Pudsey, and Ian Dennis Wilson, 36, of Fearnville Drive, Bradford, appeared at Leeds Crown Court earlier this month, also charged with murder and two counts of kidnap and were remanded in custody.

Four other people have been arrested on suspicion of assisting an offender.