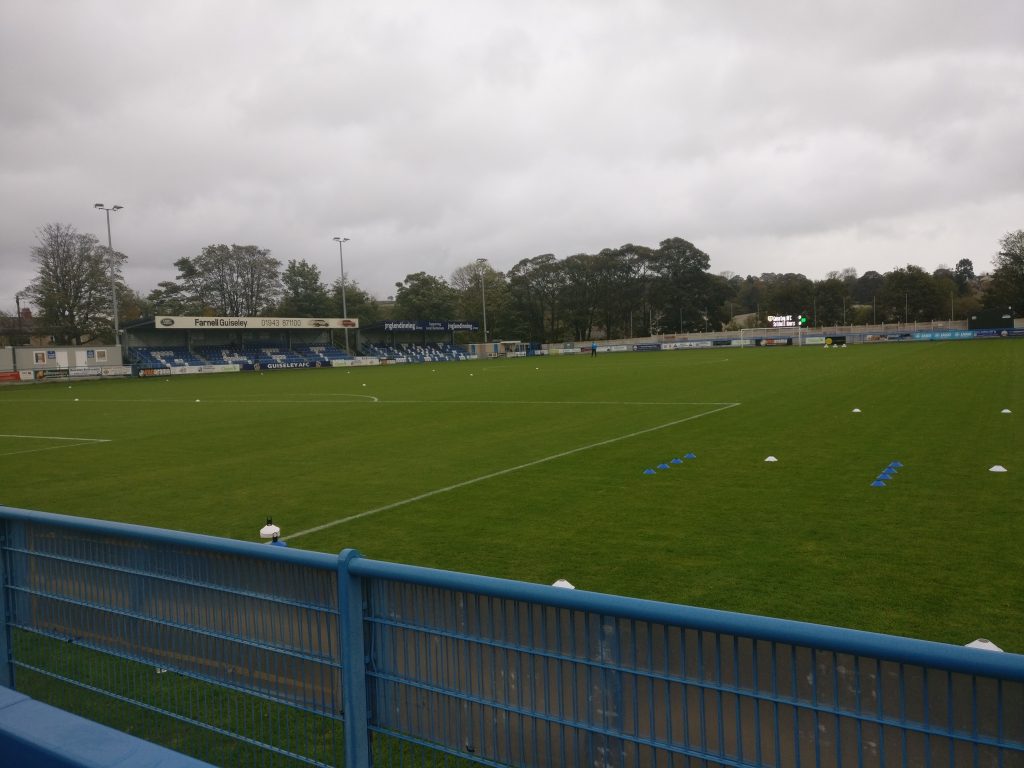 Storm Brian was in full force at kick off, but as the teams walked out the home crowd were excited by the presence of new on-loan forward, Rowan Limburd on the bench.

After the match Limburd said: “It was a great win today, delighted to score on my debut, the fans were brilliant.”

Consistent form was a problem for both teams going into the game – Solihull Moors have had one win all season and Guiseley leaking goals at the back with 28 goals conceded in 17 games played.

Richard Money, Solihull Moors manager, said: “We’re disappointed of course, we put a lot of effort in today and we’re in a fight now to survive.”

The opening exchanges were fraught as both teams were in the relegation zone.

The weather conditions did not affect the entertainment however, as after 24 minutes, Guiseley midfielder Lee Molyneux curled in a fantastic free kick from the edge of the box.

Solihull Moors fought back impressively, and pressured Guiseley high up the pitch.

The Lions failed to keep a clean sheet as Moors striker Oladapo Afolayan turned quickly on the edge of the box and hit the ball hard and low into the net.

The teams entered the break evenly matched at 1-1.

The conditions worsened in the second half as the rain poured down, and the wind was affecting the long ball tactics of both teams.

But Limburd entered the fray, and after a quick counter attack the number 35 bided his time and tapped home to make it 2-1.

Solihull replied almost instantly, with Oladapo Afolayan turning in a cross pulled back into the box after some poor defending on the right wing.

Guiseley responded well from the setback and struck from another set piece as the ball was headed home by Jake Lawlor.

There were still more goals as John Rooney, a late Guiseley substitute, stood over a free kick with four minutes left and struck the ball low to seal the three points.

The win leaves Solihull Moors anchored to the bottom of the table and Guiseley within touching distance of safety.

Guiseley have recently became a full time football club and the win will surely boost morale around the club.

Paul Cox, Guiseley AFC manager, said: “I’m over the moon for the players, think the win’s been too long a time coming, and you saw how much it meant to the supporters today.”