Italians are 60 times more likely to die of coronavirus than the Chinese: Latest data suggests.

Current data on the spread of COVID-19 suggests people in Italy are 60 times more likely to die from the virus than those in its ground zero country, China.

Compared with China’s 4% mortality rate and equating to two deaths per one million citizens, Italy is showing the highest death rate of any country worldwide since the outbreak. 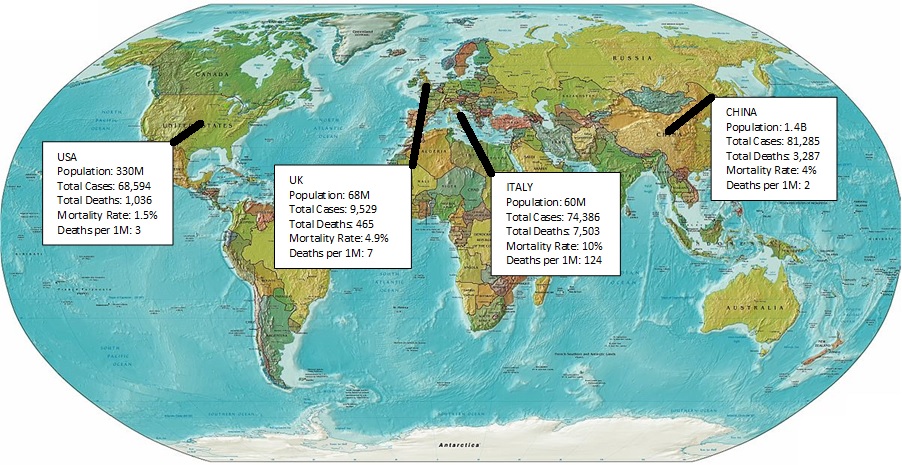 One factor likely affecting the country is the age of its population, ranked fifth oldest in the world with a median age of 47.3 (China’s being 37.4) and 23% of its population over 65 and at risk.

While the country has been in full lock-down since March 9, meaning a drop in new cases from hard-hit northern cities like Lombardy, experts fear the virus is spreading fast to southern regions less medically equipped to deal with the situation.

Click here to see the current data on cases.

previousLeeds Lit Fest back for a “bigger and better” second year
nextHow can older people stay connected in lockdown?