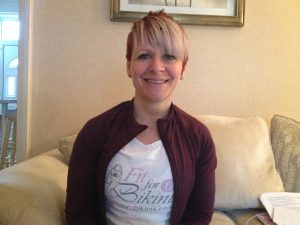 Tracey Barraclough underwent a pre-emptive hysterectomy and mastectomy after inheriting the BRCA 1 gene.

A Leeds mum who underwent a pre-emptive preventative hysterectomy and mastectomy today spoke about what Mother’s Day means to her, after losing her mother, grandmother and great grandmother to ovarian cancer.

The gene raises a woman’s risk of contracting breast and/or ovarian cancer by up to 85% and Tracey made the life-changing decision to have her breasts, ovaries and womb removed.

Speaking about her experience, mum-of-one Tracey said: “Me and my mum were told by geneticists that they had pinpointed a faulty mutation, but it would be two years before they would be able to identify it.

“We knew my mum would be gone by then, but we were told that her blood could be stored so I could be tested in the future.

“I thought it was unbelievable that by the time she had given her blood and by the time that they had pinpointed the gene it would be too late for her, but it would give me a chance.” 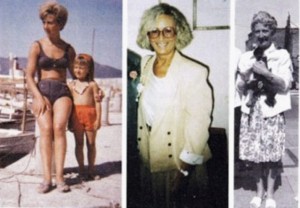 Tracey with her mother and grandmother.

Within four months of finding out that she tested positive for the gene, Tracey underwent surgery to have her ovaries removed.

She said: “The decision to have my ovaries removed was relatively easy, but it was an emotional decision because of what had happened to my family.

“My mum had always told me to not keep my ovaries and I had my son, Josh, so with that in mind I made the decision.

“But having my breasts removed was different ball game because they were the parts that identified me as a woman.

“I went on quite a journey, but eventually I realised that there is more to being a woman than having a pair of boobs.”

Now, Tracey has forged a new career as an inspirational speaker and draws on her life experience to help others.

She said: “We all have times when things happen and it’s a privilege to let people know that they can overcome and that there is light at the end of the tunnel.

“It makes me feel like everything that has happened has happened for a reason and if I wasn’t able to share it, to let people know that there is hope, whatever your situation and that you can overcome anything.”

Tracey is now working on a book called ‘I can I am I will-Rock Bottom to Pocket Rocket’ which will be released later this year and her story is being adapted into a one woman play called ‘What’s the Odds’ by Hebden Bridge Playwright Rachel Kerr.