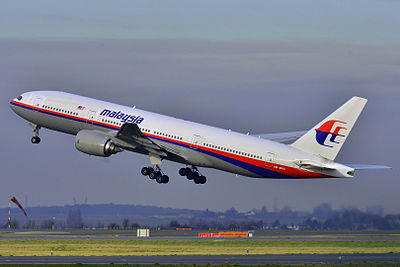 A Leeds aviation expert today said deliberate human intervention is the only explanation for the disappearance of Malaysia Airlines Flight MH370.

Dr Stephen Wright was speaking as an international air search in the Indian Ocean, sparked by new satellite images of possible debris from the missing Malaysia Airlines plane, ended for the day due to bad weather.

A lecturer in aviation at Leeds University, Dr Wright has previously worked for various commercial airlines as a ground instructor.

He said: “It is very rare that an aircraft would be so far off its course, almost in an opposite direction. Therefore the only explanation is that there must have been a human intervention. It seems unlikely that the purpose of it was purely for an emergency.” 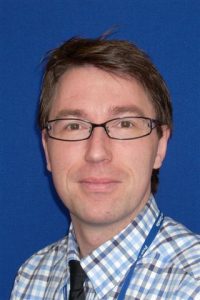 Malaysia Airlines flight MH370 was flying from Kuala Lumpur to Beijing on March 8 when it lost contact with air traffic control over the South China Sea as it crossed from Malaysia to Vietnamese air space.

According to Malaysian military radar the position was lost when it turned west – the opposite direction to its planned flight path.

Dr Wright said his gut feeling was that the 239 passengers, of varying nationalities, were not alive since too much time has passed without finding them safe or even the wreckage.

The last known contact with the aircraft was a signal to a satellite conducting an hourly “handshake gesture” even though the main communication systems were off.

Dr Wright said: “This is an information service offered by Boeing for its customers. Airlines can pay for a service where data is collected and regularly transmitted by the satellite – real time communication so that the operator and manufacturer can observe all system performances.

“Malaysia Airlines didn’t subscribe to this service. But as a routine because it is a standard fit to this type of aircraft the data system routinely communicates with the satellite even though it does not communicate all the information that it would if it was a full service.”

He went on to say if Malaysia airlines had paid for this service they would potentially already know the whereabouts of flight MH370: “If they had subscriptions services in place, lots more data would have been available to the manufacturer and operator, because the computer has not been activated to transmit this large body of data back to Boeing and onto the customer.

“Boeing is not going to be able understand what the aircraft is doing, how fast the aircraft is performing, what altitude it is flying at – this data is not available. So the message is literally an automated ping for the craft to identify itself.”

Whatever the outcome of the mystery, Dr Wright said he suspected it would have a major impact on commercial air travel in the future.

He said: “This matter will have operational effects like 9/11, hardening of laws and retraining of crew. Systems will be modified so that a human cannot solely intercept communication systems – certainly when the aircraft is in flight, which will prevent an individual masking where the craft is going.”

The larger of the two objects captured is approximately 24m in size and said to be located 2,500km from Perth in the Southern Indian Ocean.

In total 26 nations are now involved in the search, today Australian aircraft searching the area were joined by planes from the US and New Zealand as well as another from Australia containing recovery equipment.

Britain has deployed coastal ship HMS Echo and Norway has sent a merchant ship to the area.

Despite his theory that there was deliberate human intervention in diverting Flight MH370, Dr Wright says there is nothing untoward about the plane’s captain having a flight simulator in his home – which has been taken away for analysis…
https://soundcloud.com/c-oconnor/listen-not-unusual-that-flight