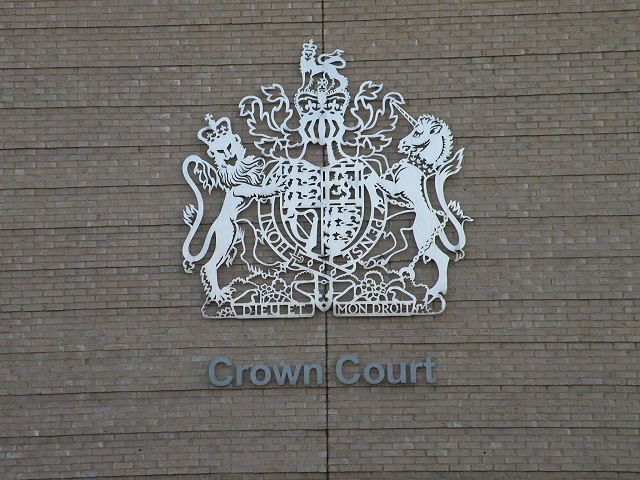 A HUDDERSFIELD MAN who threatened his friend with a knife while drunk because she refused to have sex with him has been jailed for two-and-a-half years.

Appearing at Leeds Crown Court via a video link, St Hillaire repeatedly interrupted the judge, sighed and contradicted the lawyers, until Judge Bayliss QC had the link muted. St Hillaire could still be seen talking onscreen.

St Hillaire, from Almondbury in Huddersfield, has 30 previous convictions, including 12 for violence.

He went to the house of his ex-girlfriend Paige Saville, on Cemetry Street, Dewsbury, despite the fact that she had a restraining order against him.

Despite knowing that she was eight weeks pregnant, St Hillaire punched her in the stomach and leg, leaving ‘significant bruising’, then returned 10 days later, breaching the order again. He threw her onto the bed and used a hairdryer cable to strangle her.

He also threatened to “snuff her” by setting her hair alight, and flicked a lighter close to her face.

St Hillaire then went to the house of Francesca Allen, where he got drunk and crudely ordered her to have sex with him. When she refused, he threatened her with a 10inch kitchen knife, pressing it to her neck twice and leaving marks.

He then stole her phone and keys and left, locking her in the flat. She was forced to exit by climbing out of a window and down a drainpipe. St Hillaire was arrested and later bailed.

While on bail, St Hillaire fled police, driving at 60mph in a 30mph-limit residential area, and hit the curb near to where children were playing. He also rammed a police car, and police were forced to wedge his car up against a house to stop him.

When St Hillaire was arrested, he admitted having no driving license or car insurance, and was found to be in possession of cannabis. He admitted to attempting to hide the drugs on his person as “he knew he was going back to jail, and wanted to take the drugs in with him”, which was an aggravating feature due to his intent to smuggle the drugs.

St Hillaire will have to serve half of his two-and-a-half year sentence for his combined offences before being eligible for release. He was given a 27-month driving ban and will have to take an extended driving test to gain a license.