Horse pulled from the river by firefighters

A 22-year-old horse has been lifted to safety after falling in a river. 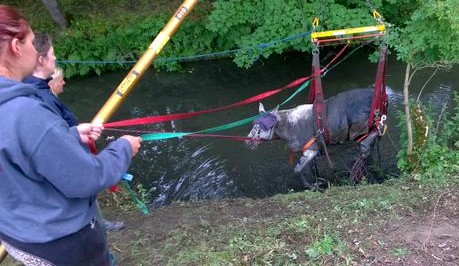 Teabag is rescued in Bingley

The horse, called ‘Teabag’, fell into the water in Bingley this morning. It took a team of firefighters and an officer who specialises in animal rescue two hours to pull the animal out of the river.

Officers used a pully system to haul Teabag up the riverside. The horse was then reunited with its owner.