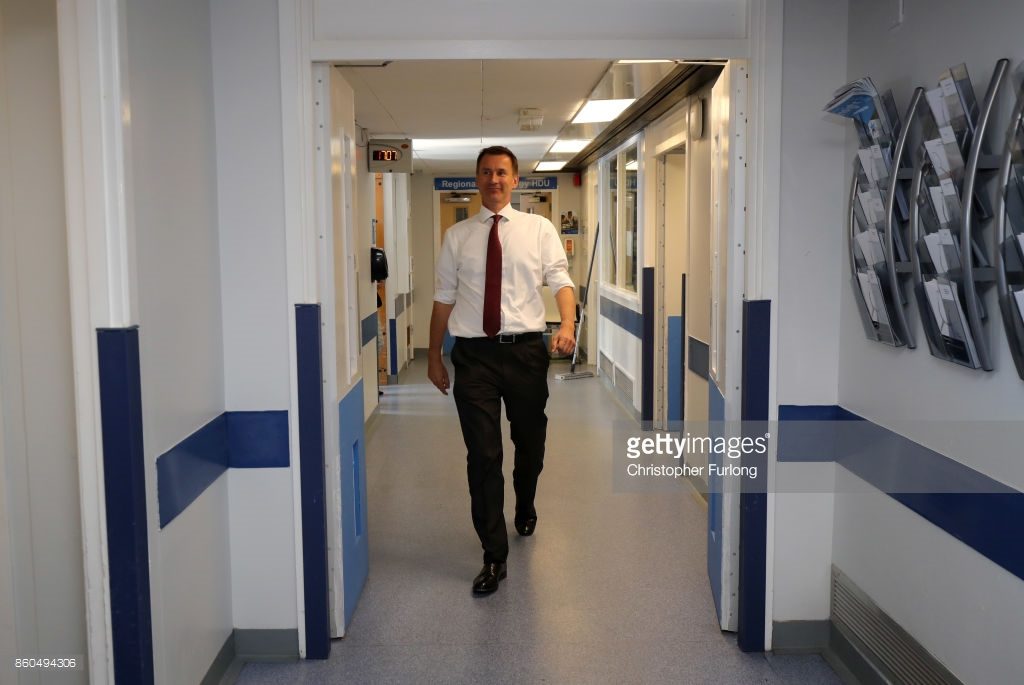 Health secretary Jeremy Hunt pictured on a visit to the Royal Liverpool University Hospital on October 12. Today he’s announcing independent investigations will be carried out for cases of full-term stillbirth or life-changing injuries to babies.

A FATHER has spoken of his heartbreak after a delayed train prevented him from getting to hospital as his wife was going through the stillbirth of their first child.

Reece O’Neil, 33, of Chorlton, was on a train from Leeds to Manchester, trying to get back for the birth, when engineering works coupled with bad weather meant several trains were delayed or cancelled.

Mr O’Neil said he was initially hesitant on going to work as his wife Lisa Wattam came closer to her due date last month but he said: “I wanted to work as much as I could before my paternity leave.”

His wife experienced complications and the child was stillborn while her husband was still waiting for transport to go back home.

After almost two hours, O’Neil got a train to Manchester and also received a call from his sister that he described as “heartbreaking.”

He said: “My sister was crying saying ‘the baby’s gone’ and it didn’t make sense to me.”

Adrian Brown, a spokesperson at Sands, a stillbirth and neonatal death charity, said that there is constant research going into finding the cause and prevention of stillbirths.

He also spoke about the care offered to couples who may be in Reece and Lisa’s situation and said: “The care we’d offer to a couple in their position would be led in favour of the person who had to experience this, so it would be the wife.

“The bereavement care offered by hospitals wildly varies but in some cases fathers do receive less priority than mothers.”

The Government has said it wants to halve the rate of stillbirths, neonatal and maternal deaths and severe birth-related brain injuries by 2025.

Today health secretary Jeremy Hunt is announcing that families suffering from the grief of full-term stillbirth or life-changing injuries to babies will be offered an independent investigation by a coroner.

As part of the plan, the Healthcare Safety Investigation Branch, which was established earlier this year, will review hundreds of referred cases of stillbirth, early neonatal death and severe brain injury.