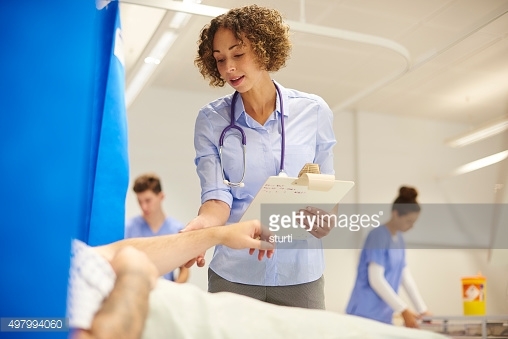 THE HEALTH secretary has announced that student nurses will be able to train on the job rather than having a traditional degree.

Jeremy Hunt said the first apprentice nurses are set to be starting next September with an aim to bring more people into the profession.

The new plan could see up to 1,000 trainee nurses joining the NHS each year.

However, researchers argue that allowing anyone other than fully registered nurses to carry out nursing tasks increases the risk of death for patients.

A study published last month found that patients were 20% more likely to die in hospitals where nurses had been replaced with less-qualified staff.

One of the authors, Professor Peter Griffiths, from the University of Southampton, said the new nurse apprentice role could “provide real opportunity to those who are put off nursing by the onerous financial burdens since bursaries for nursing students were abolished”.

But he added: “It will be important to ensure that these courses are just as rigorous as standard routes and that the programmes are properly evaluated.

“We have seen in our research that lower levels of qualification in the nursing workforce is associated with higher mortality. That relates to both qualified versus unqualified nurses, but also the academic level of qualified nurses.”

Many students are not happy and feel that the new scheme will not be beneficial for trainee nurses.

“Having the theory being taught to you at university means you can put what you have learnt into reality.

“Apprentices will not have to pay for their training which I feel is very unfair for people like me that have previously trained for the exact same thing at university and had to pay for it.”

The apprenticeship course will not require GCSE English and maths and trainee nurses will start at different stages depending on their experience.

Sophie added: “Jeremy Hunt also said that you would not need English and maths to get into this apprenticeship. That’s ridiculous, you need maths to calculate medications and read fluid charts.”

Head of health at the UNISON union, Christina McAnea, said: “Nursing degree apprentices need to be properly paid and supported. They need to balance studying for a degree with the pressures of work.

“And nursing associates shouldn’t be a substitute for registered nurses. Jeremy Hunt risks diluting the vital work of nurses in providing compassionate and dignified care to patients.”