EU laws over high powered vacuums only the beginning

A controversial ban on the sale of high powered vacuums could be the first of many rulings designed to increase energy efficiency across the continent.

The EU is currently debating further changes to energy limits for other electrical goods such as kettles and hairdryers and is expected to reach a decision early next year. 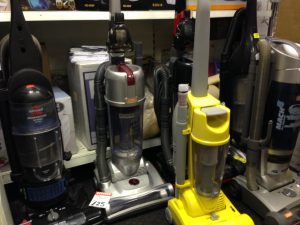 Banned: Some of the hoovers that are now outlawed

Production of vacuums with motors that exceed 1600 watts were officially outlawed at the beginning of this week to the anger of both consumers and companies. Sir James Dyson has demanded a judicial review of the new legislation.

Five of the seven Which? consumer group “best buy” vacuums are now above the new legal requirement.

Further reductions for vacuums will come into effect in 2017 when the limit will be dropped further to just 900 watts.