A breakdown of Yorkshire-trained horses running at Cheltenham, by Tom Wilson 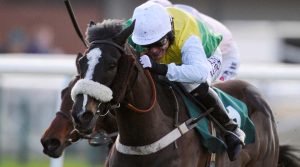 Trainer Gordon Elliot looks dominate this grade three handicap hurdle as his horse Tomstone leads the odds at 5/1, Automated comes in at 10/1 and Peregrine Run at 10/1 are all in contention to step out of the horses’ current scheduled for this race.

With no real favourite the only Yorkshire based horse Hawk High could quite easily slip through the cracks or step up and surprise the bookies. SkyBet have Hawk High at 33/1. The seven-year-old’s poor form of late may scare the punters away but he still has a lot to boast about with a 25%-win rate and 50%-place rate under his belt. Tim Easterby’s horse hasn’t ran since December but if he can start well he may be able to turn back the clock and recover some of the form he ran with in his earlier years. 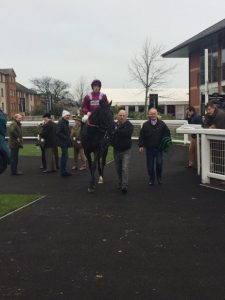 With a lot of horses in this race running with great form it’s hard to pin the tail on the back of any horse for this one. Divin Bere is SkyBet’s 6/1 favourite following a class two win in January. Icario comes in at 33/1 but has finished second in his last four races, forecast better may keep an eye out for that one.

There’s a number to look at in this grade three handicap hurdle including Diable de Sivola 20/1 and Domperignon Du Lys 9/1. But it could be the battle of North Yorkshire as John Quinn’s Project Bluebook and Brian Ellison’s Nietzsche are scheduled to face off in this one.

14/1 Project Bluebook is one of the more experienced four-year-olds running and has a history of winning at grade three races, the most recent of which came in January. John Quinn’s horse may be one to look out for as SkyBet calculates his win rate at 35% and his place rate at 50%, which his odds already falling from 16/1 Project Bluebook could be one to get on early.

Whereas Brian Ellison’s Nietzsche comes in at 20/1 despite being the second Yorkshire based horse in this race to boast great experience. Nietzsche also has a history of winning at grade three, with his seventh career win coming at the end of January. Nietzsche is another that could surprise a few in this race, SkyBet dropped his odds from 33/1 to 20/1 and could be another to jump on early. 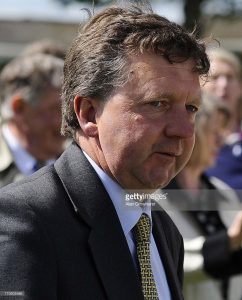 Almost every horse scheduled for this race looks like it has a great chance at winning, it would be some task to pick out the winner for this one. No horse takes charge as the favourite but even a glance at the line-up provides a number of candidates to take the win. Presenting Percy and Tobefair are both a 7/1 as joint favourites for now. Tobefair will be a massive favourite amongst punters as the seven-year-old can’t be looked past following his impressive seven consecutive victories.

Other horses such as 10/1 El Bandit, 10/1 Impulsive Star, 20/1 Ballymalin and Some Kinda Lama at 33/1 all bound to catch the eye of punters and bookies. Any of the above could come out on top but the only representative of Yorkshire for day three doesn’t look like he has a chance.

Very First Time is at 50/1, scheduled at the major outsider, the five-year-old isn’t fancied following a run of poor form with only one career win from 12 runs out. Bar some major surprise it doesn’t look like Yorkshire based trainer Tim Easterby will be returning to Great Habton with a winner.

Any horse could take this grade three handicap hurdle with no horse claiming top spot as a real favourite. Some to look at would be 20/1 De Name Escapes Me, High Bridge at 16/1 and Air Horse One at 14/1, all three have had some great form and could quite easily take this one if they can start well on the final day of Cheltenham.

One horse that train in Yorkshire features in this one, Dominda is trained by Brian Ellison in Norton, North Yorkshire. Dominda is at 25/1 on SkyBet following five-year-old’s great run of form. Dominda has placed five times from his last five runs and could easily surprise the bookies with a great run here. 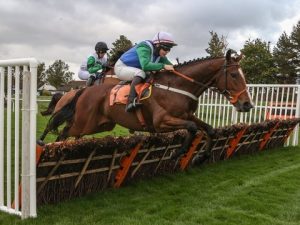 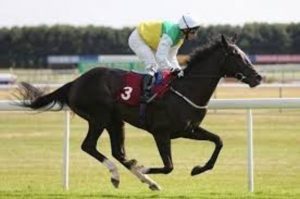 These two Yorkshire horses line up again for another race on the same day, Dominda’s grade three hurdle at 2.10 saw a match up with Hawk Hih before Hawk High was pulled from the line-up. It may be that either horse drops out of one race in favour of the other, however the same applies as the first race in terms of which of the two are more likely to come out on top. Dominda is at 25/1 and is better favoured than 33/1 Hawk High.

However, neither of the two look to take the win here with a large number of potential winners, The Storyteller is written in as favourite on SkyBet at 4/1 and has a real chance here if he can get ahead of others such as 10/1 No Comment, 14/1 Fly Camp and 20/1 outsider Bel Ami de Sivola who all look to cause trouble and surprise bookmakers.