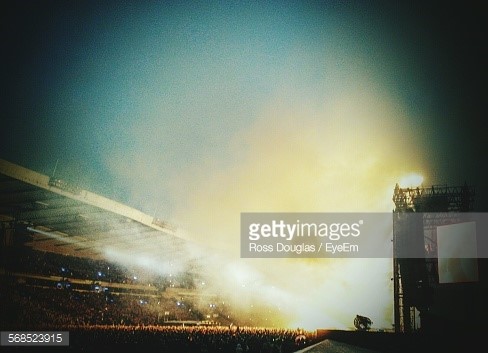 THERE ARE fears that T in the Park may not return in 2018 after next summer’s festival cancellation.

The Scottish music event was forced to move from its long-term base near Balado and has been staged at the Strathallan Castle estate in Perthshire for the last couple of years.

This has caused transport issues for bands, festival goers and organisers and led to the decision to take a year out.

Organisers said in a statement issued to fans: “For over 23 years, T in the Park has been at the heart of Scotland’s music scene – with you by our side. But for now, sadly we need to take a break.

“The constraints – logistically and financially – that the resulting planning conditions put upon us are not simply workable.”

Daniel Woodhead, 21, owner of Death Star Promotions, said: “I would hope this does the Scottish music scene good because normally people save up £200 to sit in a field and get drunk and drugged up.

“This could mean people spend more money going to see bands at more Scottish venues such as King Tuts or Ivory Blacks.

“If the festival does come back I don’t think much will change, it will still be drinking, drug taking, dancing and not caring about the sort of music being played.”

There have been reports that the organisers may be planning a different festival but no details have been confirmed.

Julie Stevens, 28, publisher for The Gig Guide.co.uk said “It’s disappointing considering T in the Park was such a big feature for the music scene in Scotland and attracted so many people.

“I’m not sure it will make a comeback in 2018 or be the same as it has been in previous years.”