Cambodia and the red tree: The day I learned about the deadliest genocide since the holocaust

Buried in the heart of South-East Asia, Cambodia is an essential touchstone on the well-traveled path of anyone who finds themselves in the eastern world. If you’re one of those lucky people, you’ll know a day in the killing fields is an unsavory rite of passage all who visit must take.

Between 1975 and 1979, Pol Pot and the Khmer Rouge tortured and killed a quarter of their own people. Of the 2 million dead, most were targeted because they were intellectuals, wore glasses, traveled abroad, anything Pol Pot considered a threat to his ideal of an agrarian, communist, isolated country. Forty years later blood stains remain on the walls, amputees walk in the streets and rich white boys like me can pay a couple dollars to look at bones in boxes. 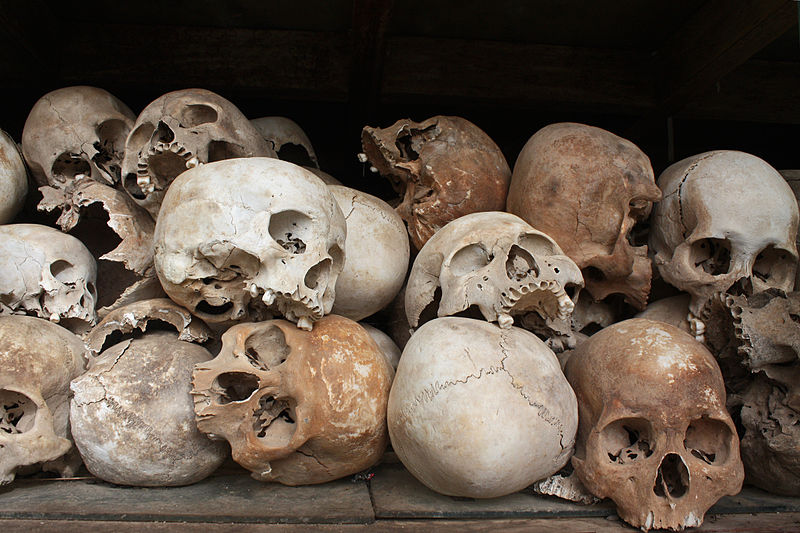 A tower of skulls sits at the center of the killing fields.

Tourism in this country comes in the form of a Tuk-Tuk driver; a tour-guide, chauffeur and drinking buddy for fifteen dollars a day. My favorite local, Sonny, the most skilled drunk driver I’ve ever met, drove us 30 minutes outside the capital city Phnom Penh to Choeung Ek: the killing fields.

No-one looks forward to this trip. It’s a sure recipe for a quiet drink alone at the bar of a hostel and an early night staring at a water stained ceiling. Knowing this, it was surprising to arrive not to a dirty hole in the ground that smells like death, but a meandering stroll through a forest of flowers and trees more beautiful than anywhere I’d seen since I landed. 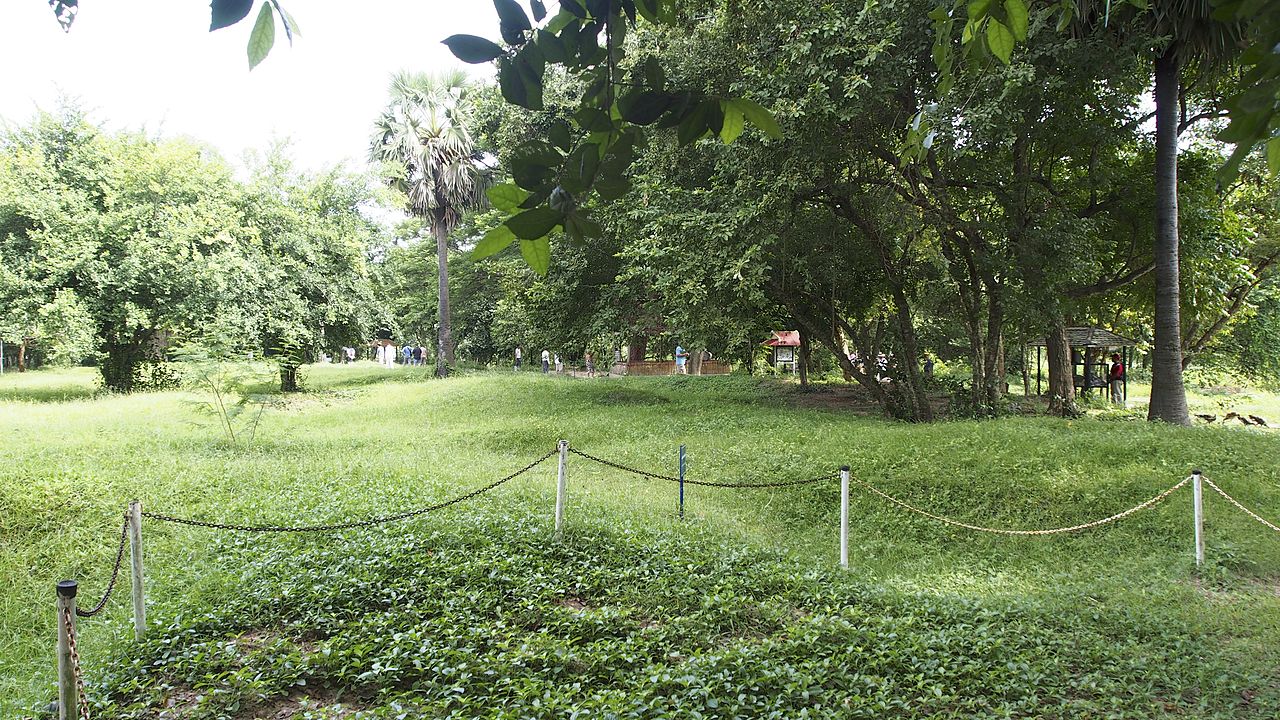 Look more closely however and you’ll notice the grassy dips in the earth, the bullet holes in the walls and a scattering of teeth and bones to this day visible in muddy puddles among the bushes, brought to the surface in monsoons. 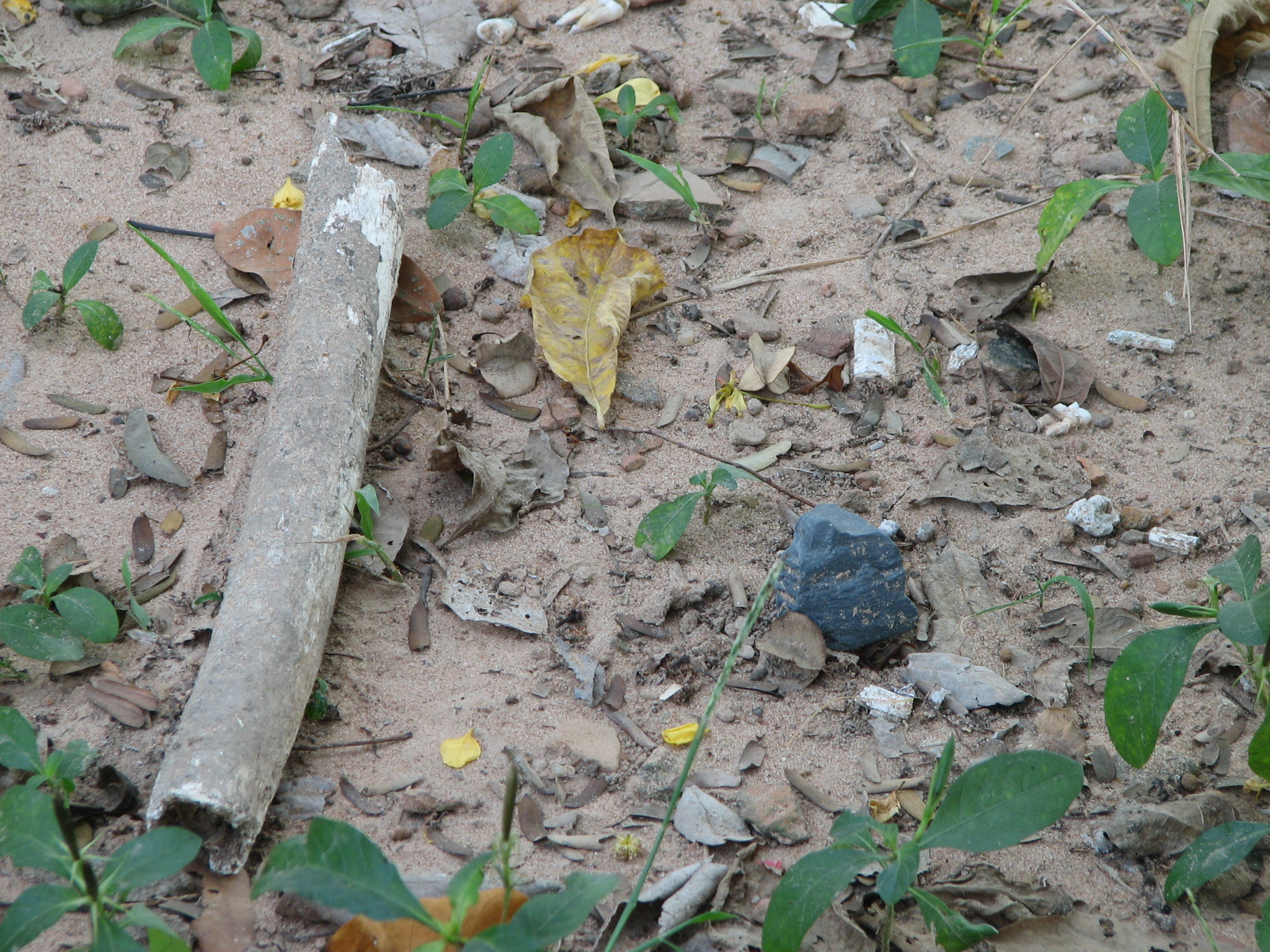 Teeth and bones on the forest floor

Most impactful however, is a tree at the center of the compound. This tree had a slight tinge of red, taller than the rest and even more grand. To save bullets, Khmer soldiers would swing babies by their legs against that tree with such speed that the blood remains 40 years later. 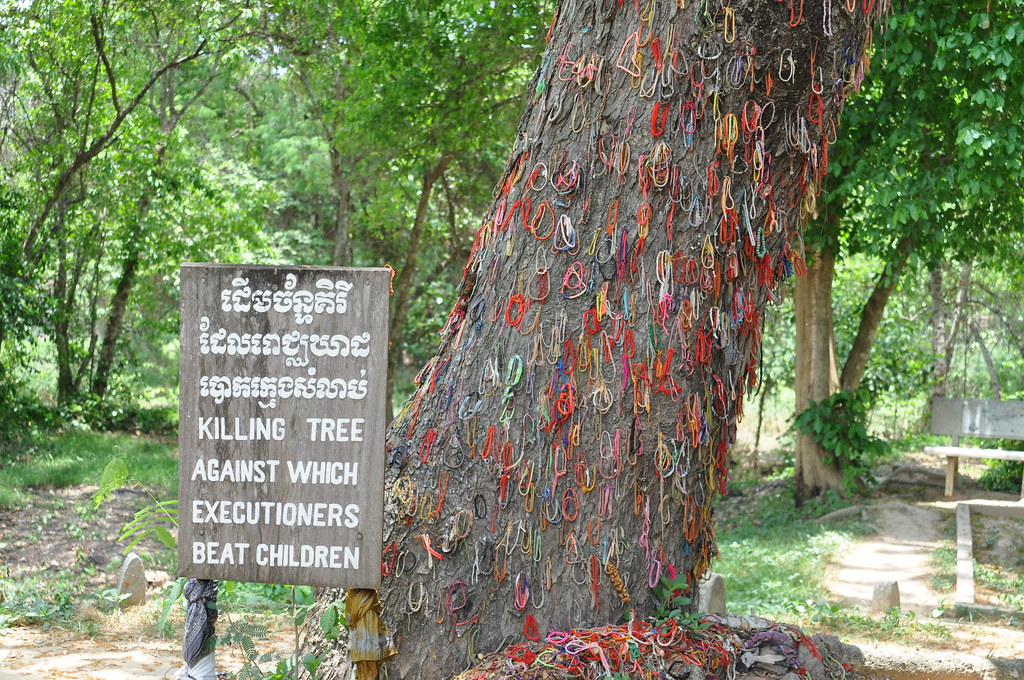 No-one talks to each other in the killing fields. It’s an uncomfortable feeling. It’s hard not to be the insufferable twenty-something gap year blogger making tired attempts at profundity, but sitting quietly alone with blossoming meadows on one side and a ceremonial tower of skulls on the other, it was hard not to see my surroundings a little differently than when I walked in.

The genocide is the elephant in the room for the country of Cambodia. Some people lived through it, everyone is affected by it, no one talks about it, and the new generations barely know it happened.

Above any reason, I will return to Cambodia for the people. Learn about the country’s recent history and you’ll have a new respect for the little old lady selling flip flops, the Tuk-Tuk driver with the missing teeth and the hunchbacked farmer growing rice in an active minefield.